Located in the west, on the historic peninsula of Istanbul, Gulhane Park has withstood the transformation of Istanbul from the Ottoman Empire to now. 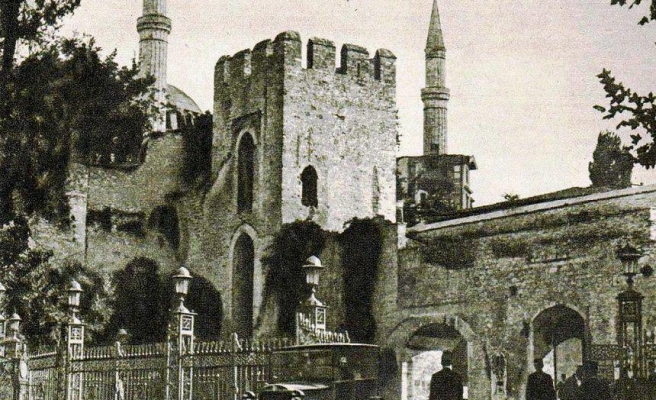 World Bulletin / News Desk
Located in the west, on Istanbul's historic peninsula in the heart of Istanbul's historic Sultanahmet area was once Topkapi Palace's private park, Gulhane Park has withstood the transformation in Istanbul through the reign of the Ottoman Empire to modernity.

The park was used as the outer garden of the Topkapi Palace with a variety of flowers during the Ottoman period until 1920, after which it was opened to the public by Istanbul's Mayor Cemil Pasha.

For the tourist or Istanbulite alike, Gulhane park with 124,476 square meters of space in the middle of the city offers respite from the city's heat amidst its shady plane trees. The 'Iskenderiye parrots', which live and build nests on top of the palm trees, provide photo opportunities to the many animal lovers and world-wide visitors which come to view Topkapi Palace.  The flowers planted in the park, similar to those of the Ottomon period, range from hyacinthus, tulips to roses and offer a colourful specter.

Contrary to popular myth, the area of Gulhane, meaning 'House of Roses' was not used to raise roses and provide rose bouquets for the palace, but as a garden for the Sultan, his family and visitors to stroll along the coast. After the newly-founded Republic of Turkey, Gulhane served as the gathering place for the first open-air meeting after the Latin alphabet was accepted by republic.

The first statue of Mustafa Kemal Ataturk, founder of Republic of Turkey, near Gulhane's coastal entrance, by the Bosphorus, was built on October 3, 1926 by Austrian sculptor Heinrich Krippel. It marks the first place Ataturk set foot after the Turkish War of Independence.

With two doors, one on the street side and the other one on the coastal side, Gulhane Park has entrances to Topkapi Palace, the Archeological Museum, Ahmet Hamdi Tanpinar Museum, the Islamic Science and Technology Museum and includes the ruins of a Byzantian orphanage, a Roman victory memorial  - Column of the Goths - from the Byzantian period and several other artifacts from the establishment of the Republic of Turkey.

Asli Ilgun Ertabak, Agricultural Engineer and Regional Head of Eminonu district of Istanbul Metropolitan Municipality stated they particularly pay attention to raise and nurture the flowers in Gulhane Park in keeping with the Ottoman style and to preserve the historical integrity of the palace.

"Roses are raised in sunny open spaces, but as this park is quite historical and old, the plane trees cast a lot of shadow when the flowers start to bud. Therefore, the planted roses grow in shade and this effects their cultivation. As hyacinthus, tulip and buxus were grown in the park during the Ottoman Period, we try to feature those but also raise roses in the open spaces of the park," Ertabak said.

Ertabak noted that the ruins in the park reflect that the area was used more as a settlement area rather than a park before the Ottomans. She also stressed that both the size and shape of the area has not changed over the years. This observation has been made by the fact that the surrounding walls around the park have not altered proving that neither an occupation nor a downsizing took place.