Gumulcine: The heart of Western Thrace

Gumulcine, otherwise known as Komotini, which was under Ottoman rule for 550 years, is Greece’s most Turkish-populated city. 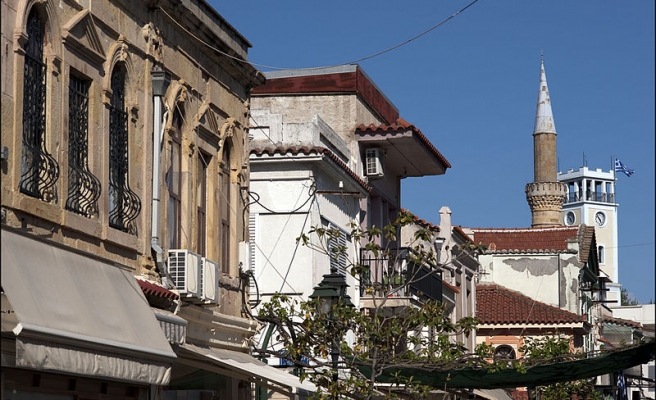 Gumulcine, otherwise known as Komotini, which was under Ottoman rule for 550 years, is Greece’s most Turkish-populated city. The city which is at a 100km distance from Ipsala, is very close to the Turkish border. 10 years before the Republic of Turkey was established, Gumulcine has a historical relevance for it being the first place where Turks formed a republic, despite only lasting 56 days. The population of Gumulcine is 70,000 - half of which are Turks who tightly hold onto their values and customs. In 1923, as part of the Treaty of Lausanne, Gumulcine was left outside of the Turkish borders despite hosting a dense Muslim Turkish population.

Gumulcine has quite a few awe-inspiring historical masterpieces. The first of these is the Old Mosque in the town’s center, a memento built by the Ottomans in the 1600s. The Old Gumulcine Market, which was named by the Greeks, include within its marketplace shops and houses that were built by Ottoman architects, cementing the historical legacy they left behind. The Clock Tower, which was built in 1884 by the command of Sultan Abdulhamid II, stands as the city’s center-piece.

The thing that distinguishes Gumulcine from the rest of Western Thrace is its Turkish coffee. The Turkish coffee shop in market is one of the most highly esteemed products for visitors.

The neighborhood of Kir is known as the Turkish neighborhood due to the number of Turkish residents living there. For years, Greeks and Turks have been living in harmony in this neighbourhood. During the Pascalia festivals, the Greeks offer eggs and cookies to the Turks, and the Turks offer meat and baklava to their Greek neighbors on the Muslim celebration of Eid. Example of the friendship that exists between Gumulcine's Turkish and Greek populations are found just by roaming its streets.

Gumulcine, as well as its surrounding villages, are living examples of Muslim hospitality. One example is the village of Demirbeyli, 20km away from Gumulcine. The village is named after its mosque and shrine. While the village’s Greek name is ‘Venna’, according to written sources its original name was Timurbeyli… Whilst the Demirbeyli villages’ date of establishment is unknown, according to a rumor, a man by the name of Timurbey founded it within the period of Ottoman rule.

Due to a hard lifestyle, the residents of the Demirbeyli village had to migrate abroad, specifically to Turkey and Germany. Out of its 179 houses, it has close to 450 Muslim residents. Due to the government prohibiting the use of the mosque minarets, the Muslim Turkish villagers have been deprived.

The villages icon, the Demirbeyli shrine, is found right next to the old cemetery. There are two rumors present about the occupant of the grave. While the first is that he is Karaca Ahmed's brother, the second suggests that it belongs to the founder of the village. After the shrine was set on fire on February 5th 2005, the building was restored by the villagers to take the form that it has now. The community’s language and customs within the village of Demirbeyli still lives on today.

The Muslims do not want to assimilate

In Gumulcine, we found the opportunity to speak with the chosen mufti for Western Thrace Ibrahim Sherif, who gave this information about the Muslim population in this region: “When we mention Western Thrace, what comes to mind is the 1923 Lausanne agreement that states specific rights and laws for this community. The 37th and 45th article of the agreement determined our laws. Western Thrace's Turkish Muslims on a religious level were left independent. The representation or symbol of our independence is the mufti. The authority of the Qadi (judge) from the Ottoman period were given to the mufti. Since 1923, the mufti has been given the role of the Qadi in Western Thrace. So alongside the mufti being a religious leader, he is also the leader of daily affairs. But within time these rights that I mentioned have slowly been taken away by the Greek government.

Right now in Western Thrace, of the 3,500 primary school students, 3,000 of them are attending our Qur'an lessons. We also have courses for young mothers and girls. You may wonder why the public gives this much importance to these courses. The reason being is this: the people fear that by assimilating they will forget their religion, so in turn they act like this.”