Harper Lee's first novel "To Kill a Mockingbird," became an instant best-seller and has since sold an estimated 40 million copies worldwide. 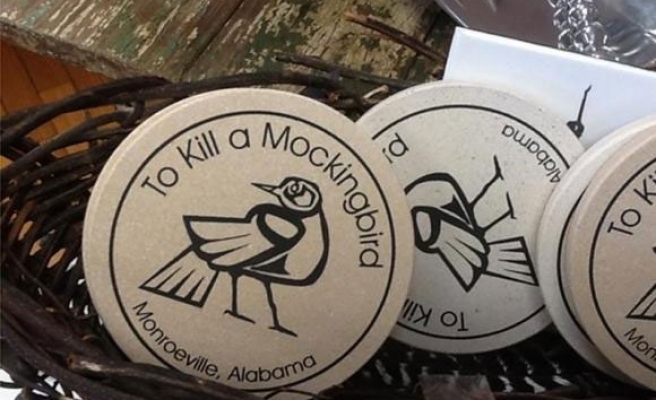 Surprise, eager anticipation and a tinge of skepticism surrounded the news that Pulitzer Prize-winning author Harper Lee would publish a second novel half a century after "To Kill a Mockingbird", a novel about racism and injustice in the American South, became an American classic. Ironically the second novel comes to light in a time that racism debates rise after the Ferguson unrest.

Until Tuesday when publisher Harper, an imprint of HarperCollins, announced it would publish "Go Set a Watchman," on July 14, few knew the book existed and even its 88-year-old author had thought it had been lost.

Written in the 1950s before Lee penned her masterpiece, it only came to light after her lawyer discovered it in a safety deposit box with the original manuscript of "To Kill a Mockingbird."

"How often does the publishing industry have the rare opportunity to publish a second work of an author whose promise was so great but who never completed a second project?" said Khalil Gibran Muhammad, director of the New York Public Library's Schomburg Center for Research in Black Culture.

"To Kill a Mockingbird,"  became an instant best-seller and has since sold an estimated 40 million copies worldwide. It was also made into an Oscar-winning film starring Gregory Peck as the lawyer Atticus Finch.

Although written first, "Go Set a Watchman," features Finch 20 years later as his adult daughter Scout returns to visit him in the fictional town of Maycomb, Alabama.

Lee wrote "To Kill a Mockingbird" after her editor persuaded her to write a novel from the point of view of a young Scout.

News of the second book comes just months after the death of Lee's sister Alice, a lawyer who represented her interests for decades. The timing has sparked questions about how much input Lee, who suffered a stroke in 2007 and has difficulty hearing and seeing, had in the decision to publish it.

"I have questions and concerns, and I am not alone in those, about her condition, her health," author Marja Mills said in an interview.

"She has said to people earlier that she wouldn't go through all the publicity of publishing another book for all the money in the world."

When Mills wrote "The Mockingbird Next Door," a memoir about her friendship with the sisters, Lee's lawyer issued a statement saying it was not sanctioned. But Mills said she has a letter from Alice Lee saying the statement was issued without her knowledge and both sisters supported the book.

Lee's lawyer Tonya Carter, who negotiated the publishing deal, could not be reached for comment.

Wayne Flint, a historian in Alabama and a friend of Lee, said he had seen her recently and she was quite lucid but he knew nothing about the manuscript.

"I don't think anyone would have done this without Nelle's full knowledge and consent," he told the website AL.com, referring to Lee as she is known to friends.