Historic Byzantine-era palace in Turkey to be restored

Damatrys Palace, one of the most extensive remaining examples of Byzantine architecture, was constructed 14 centuries ago. 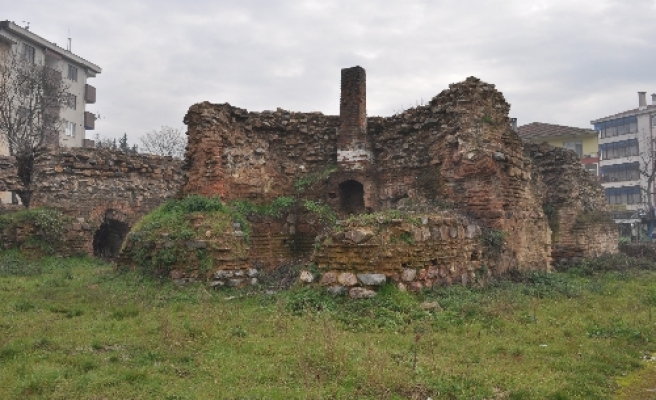 Plans to restore Damatrys Palace, an extensive seventh-century Byzantine ruin located in the Samatya district of İstanbul, have officially been approved as a joint project between the İstanbul Special Provincial Administration and the İstanbul Metropolitan Municipality.

Damatrys Palace, one of the most extensive remaining examples of Byzantine architecture, was constructed 14 centuries ago. It is thought to have been used as a hunting pavilion and royal retreat by members of the Byzantine royal family.

The palace, estimated to have been abandoned in the 12th or 13th century, faced demolition in the 1980s after increasing numbers of migrants moved to the once-rural district of Samatya. Formerly seen by residents as a nuisance, restoration plans may now see the sprawling ruins turned into an open-air museum -- a move developers say will attract tourists.

Approval of the plans comes in the wake of lengthy debates on how the site can best be renovated. Reports published by the İstanbul Metropolitan Municipality have focused on how to transition the valuable archeological site into a museum.

The palace derives its name from the Greek goddess Demeter, who was known as the goddess of cultivation and abundance. Historians believe that seventh-century Byzantine Emperors Tiberius II and Maurikios, the palace's first patrons, named the palace after the goddess in praise of the region's abundant game for hunting.