Historic Macedonian mosque not to be reconstructed

The site has been sold to a Greek company so that they can construct a hotel and rebuild the former officer’s club. 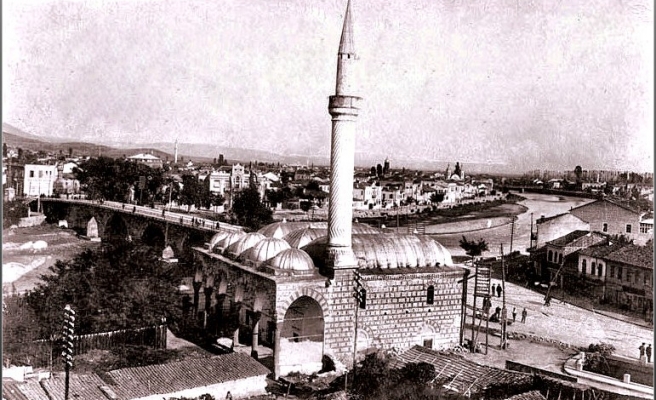 In the Macedonian capital city of Skopje, a historic Ottoman mosque's grounds are to be used buildeng a officers club.

Historically known as the Karlizade, the Burmali Mosque had been build in 1495 during the Ottoman era, and had stood at the site for 430 years.

It had been located on the right bank of the Vardar River next to the Stone Bridge in Skopje.

The Serbs demolished the mosque in 1925 to build a military officer’s club on the site.

The officer’s club was damaged and destroyed in the 1963 earthquake. The site has remained vacant since.

The destruction of the mosque that was an important Islamic architectural monument resulted in a large public reaction.  The Turkish and Albanian community groups have since gathered momentum and created a platform called the “New Burmali Mosque Project”.

Unfortunately in the past few years, the campaign was unsuccessful. The governments “Skopje 2014” project entails new town design with new monuments and modern architecture. The last section of this project is the building of a new officers club.

The Muslim population of Skopje are viewing the project with apprehension whilst the Macedonian United Islam Party and other political groups have remained silent on the issue.