Historical bazaar in Serbia burns down

The great fire completely gutted cafe in the old part of the city, firefighters and citizens prevented the fire spreading to the houses and cafes 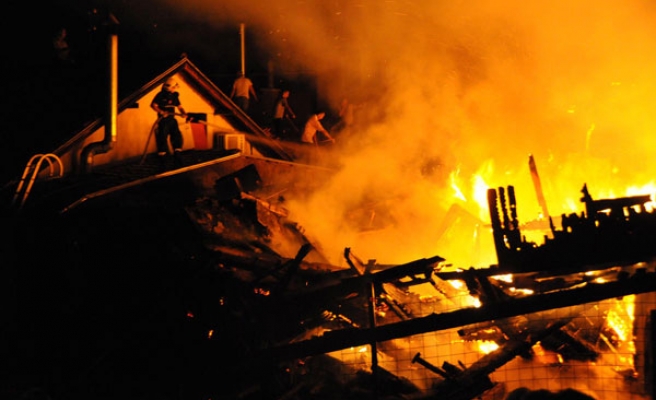 A large fire erupted on Thursday night in the old bazaar in Novi Pazar (Serbia) in which the cafe "Grenade", the antique guest house, was burned down completely.

The fire in the old part of Novi Pazar bazaar erupted on Thursday around 10 pm. Extinguishing was attended by ten firefighters, four fire engines and two municipal water tanks.

Despite the efforts of firefighters, the old antique wooden guest house built almost a century ago was completely burnt.

Fire fighting took more than three hours in which a large number of citizens participated as well.

Firefighters, citizens and owners of nearby buildings prevented the spread of wildfire throughout the houses and cafes in the old bazaar of Novi Pazar.

Police Department of Novi Pazar reported that the fire was extinguished and the cause of the fire was yet unknown.