Ibn Sina (Avicenna) declared as a ruler in Europe

With the fame and effect to the west on discoveries and creations in medicine, the book of Ibn Sina, “El-Kanun fi't-Tib” was taught in the European medical schools such as Louvain and Montpellier Universities, until the 17th century 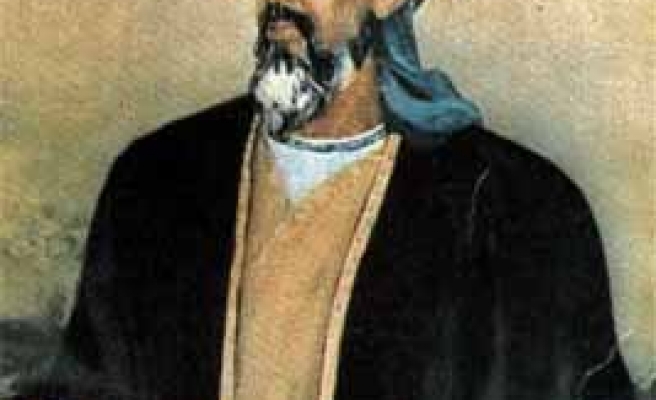 Ibn Sina (Avicenna) declared as a ruler in Europe

One of the most important representatives of medieval Islamic medicine, “Ibni Sina”, produced 270 pieces of work in his 57 years of considerably distressed short life. Referred to as “Aristotle of the east”, “Es-Seyhu'r-Reis” and “Sultan of doctors”, Ibni Sina known as “Avicenna” in the West, has wrote books mainly in medicine but also other areas of science such as psychology, biology, geology, astronomy, physics, philosophy, mathematics, mysticism and music.

With the fame and effect to the west on discoveries and creations in medicine, the book of Ibn Sina, “El-Kanun fi't-Tib” was taught in the European medical schools such as Louvain and Montpellier Universities, until the 17th century.

This book is the product of a long period and accumulation of knowledge. It was translated into Latin, in the 12th century in Spain by “Gerhard von Cremano” and published thirty three times in Europe of the same century. The establishment of the platform “Avicenna” in Valladolid University, on the Latin translation of his book, “El-Kanun fi't-Tib”, published for example in Pavia 1510, on the cover of it havving a picture of Ibn Sina in the middle as being the ruler of medicine, on his left Hippocrates and on his right Galinos.

Also in the 1544 Venice publication of it, a picture of Ibn Sina as a prince of the doctors having a crown on his head and adding many Arabic medical terms into Latin shows his effect and the authority he has in Europe. Consisting of five chapters, “El-Kanun fi't- Tib”, the first chapter of it, “Kulliyat”, is the main part of the book. It gives basic medical information. Description of the human body, anatomy, physiology and includes all of the features.

The second chapter, “Mufredat”, mentions of the simple medicines that can be used for the treatment of illnesses and includes, most of them being herbal, a list of nearly 800 of it. Third chapter, “Mualacat”, includes treatment methods and all the diseases that can occur in the body.

The fourth chapter, “Hummiyat”, includes information about febrile illnesses that can occur in the human body, swelling and sorenesses, skin diseases, abscesses, orthopedic problems, poisoning and surgery and treatments for them.

The last chapter, “Murekkebat”, is about complex drugs of which the number reaches 650, production of these drugs and their properties.

This book of which Ibn Sina benefitted from the Hellenistic, Byzantine and Syriac medical literature along with China and Central Asia medical science and also his personal observations, experiments and examinations to write it, was regarded as the most important reference in medicine for centuries and it maintained its position at the summit as a study book.

The medical identifications and discoveries of Ibn Sina can be summarised as follows: Unlike Aristotle and Galinos he argued that blood is a nutrition bearing liquid. He mentioned about the heart's ventricle and valve system, small and large circulation. Made a broad definition, which was not made before, of infection and gave information about germs and infectious diseases before Aksemseddin, necessity of refinement of water and the methods of it, found the diagnostic methods of that are similar to pleurisy. He found out that tuberculosis is infectious and used rose sherbet for the treatment of it. Announced by detecting meningitis.

Discovered, anquilostoma for the first time in the medicine history. He diagnosed cancer and suggested removing the tissue surgically early as a treatment. Discovered that stomach ulcer occur in two ways; psychological and organic. Was the first doctor to mention that in the urine of diabetics there are sugar and tested urine and stool for diagnosing and used mercury vapor as a drug.

He mentioned the difference between paralysis occurring because of internal diseases and external diseases. Gave information about insect bites and classified poisons. Made suggestions about baby health and care. Differentiated the species of colics belonging to gallbladder, large intestines and kidney stones. Described diseases such as variola and measles.

The importance of pulse palpation and hand treatment method was raised by Ibn Sina. To relieve severe pain during treatments and especially in surgery, he used opium, coconut and other substances and developed a drug to use in anaesthesia for the first time.