70 documentary films from 46 countries will be screened during the Festival whose theme for 2011 is "confined spaces/confined souls". 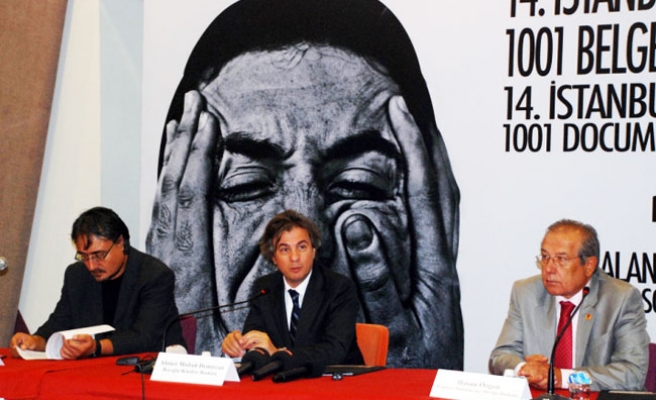 A press conference was held Tuesday at the Beyoglu Municipality Youth Center to introduce the Festival.

Speaking at the press conference, chairman of the Steering Committee of the Festival, Mustafa Unlu, said that films to be on display will show scenes beginning from the Second World War to the incidents that took place at the G-8 Summit.

70 documentary films from 46 countries will be screened during the Festival whose theme for 2011 is "confined spaces/confined souls".

Since its inception, the Festival has hosted hundreds of films from Turkey and all over the world. Each year, documentary film makers and documentary cinema theoreticians have the opportunity to meet with the audience. The festival has created an atmosphere that allows different societies to know and understand each other through documentary films by utilizing the universal language of cinema.

The films to be screened at the International 1001 Documentary Film Festival are determined not just by the powerful styles used in the films, but also by the humanitarian values expressed. Defending the coexistence of different cultures, supporting values that contribute to the future of mankind, and presenting different points of view are the basic criteria taken into account.

A new thematic section is launched in the 14th 1001 Documentary Film Festival called "Documentaries for Children". It is planned to be sustained in the following editions of the Festival with extra activities like conferences and workshops.

The Festival is being hosted by the Municipality of Beyoglu and organized by the Union of Documentary Film Makers. Turkish Ministry of Culture and Tourism has also made contributions to the Festival.