The first major museum in Turkey dedicated to toys has recently added to its collection a toy, which was produced in the United States in 1914 as a single toy for Charlie Chaplin's "The Tramp" character. 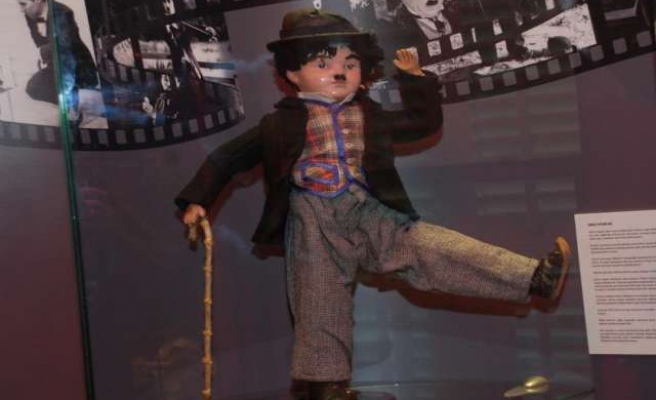 The Turkish poet and author Sunay Akin has an unusual passion -- collecting toys from around the world.

Over time, his collection grew so large that his house did not have enough room to hold it. The toys were looking for a new home.

So he did the only thing he could think of -- he opened a museum big enough to hold them all.

The idea of creating a museum took root after Akin visited a toy museum in Germany in 1990. And so, in 2005, he created the Istanbul Toy Museum, located in Goztepe on the Anatolian side of Istanbul.

It was the first major museum in Turkey dedicated to toys. Housed in a historic mansion belonging to Akin's family, the museum holds about 4,000 toys purchased from auctions and antique shops in over 40 countries over the course of 20 years.

The collection includes antique traditional Turkish toys as well as pieces reflecting the culture of various countries, including Germany, the U.S., France, Italy and Japan.Two life-size giraffes stand by the road at the front of the museum.

The museum appeals to all generations. Grandparents, parents and children enjoy telling each other about their childhoods and the toys they most enjoyed, almost as if the museum were a time machine.

The museum also, indirectly, opens a window on world history. An attempt to land on the moon is shown through space toys. Similarly, in another section of the museum, the industrial revolution toys is depicted in the language of toys.

But the museum's best-loved toy is one of the most recent acquisitions, a doll of Charlie Chaplin's tramp character, Belgin Akin, the museum's manager told The Anadolu Agency.

Akin bought the toy last year at an auction in the U.S. state of Texas.

Other toys in the museum include cars made of wire, cloth dolls made by children in various parts of Anatolia, tin toys made in Istanbul and heroes of the shadow theater from the period of Sultan Abdulhamit II.

Toys and toy books, donated to the museum by the actor and author Mujdat Gezen, who worked in a toy shop as a child, are exhibited in a separate showcase.

The Istanbul Toy Museum has been a model for the other toy museums in Turkey. In 2011, the Antalya Toy Museum, and in 2013, the Gaziantep Play and Toy Museum opened their doors under Akin's curation.