Although plans for the restoration had been in the pipeline for some time, a minor accident on the roof of the Bazaar during the shooting of the film Skyfall accelerated the project. 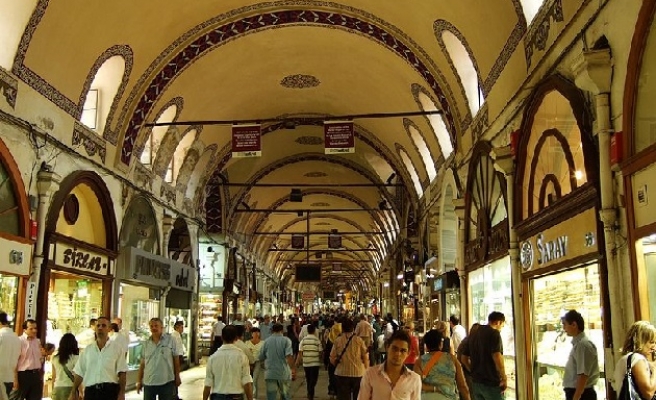 Istanbul’s historic Grand Bazaar, one of the biggest and oldest covered markets in the world, will undergo a major restoration project totaling 200 million Lira.

The ‘Grand Bazaar relievo and restoration project’ will include major works on the roof covering 3600 shops and 38 public houses surrounding the Bazaar.

Although plans for the restoration had been in the pipeline for some time, a minor accident on the roof of the Bazaar during the shooting of the film Skyfall accelerated the project.

The first step in the restoration of Istanbul’s 550-year-old Grand Bazaar is almost complete, according to Istanbul’s Fatih Municipality. The second round of restoration works, that will cover the interior parts, such as infrastructure and heating are expected to begin sometime this year.

The accident took place during a scene where the character of James Bond rode a motorcycle over the roof of the Baazar causing some bricks to dislodge and break the shop windows.

Bektas said the film helped promote the Grand Bazaar, bringing in thousands of tourists from around the world.

“Before Skyfall many films were shot here in the Grand Bazaar, such as French action thriller Taken 2, a sequel to the 2008 film Taken” Bektas said.

A Greek shopkeeper Stavros Kilyoniyadis, who has been running a cafe for 24 years in the Grand Bazaar said, “Grand Bazaar has always had problems with its roof, rain and snow waters leak into the bazaar and have caused trouble for last 10 years. Such a national treasure such as a 330-year-old shop needs to be taken care of.”

One of Istanbul's most visited tourist attractions, the Grand Bazaar is located inside the walled city of Istanbul, in the district of Fatih and the neighborhood of Kapalıçarşı. It has 61 covered streets and over 3,000 shops, which attract between 250,000 and 400,000 visitors daily.

The construction of the Grand Bazaar's core started during the winter of 1455/56, shortly after the Ottoman conquest of Constantinople; Sultan Mehmet II ordered an edifice devoted to trading textiles.