Kebab shops that once shaped Istanbul dining-out culture face a formidable rival on their own turf - steak houses. 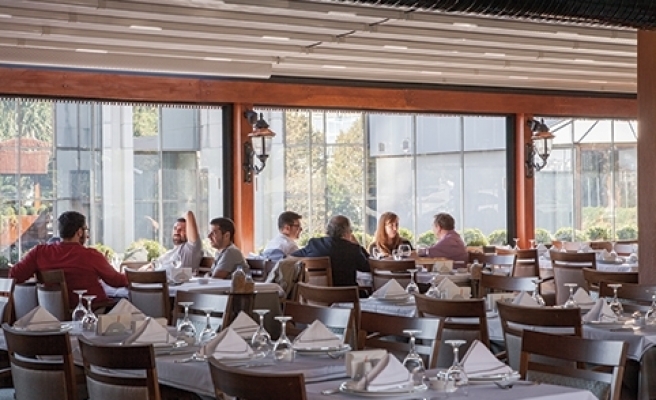 World Bulletin / News Desk
Kebab shops once shaped Istanbul’s dining-out culture, but they are now facing a formidable new rival on their own turf - steak houses.

By focusing on the quality of meat and innovative ways to serve it, steak houses have built a reputation for pleasing both eyes and taste buds - but not wallets.

“The future for kebab and doner shops is not very bright," Ramazan Bingol, the owner of Ramazan Bingol restaurants, told the Anadolu Agency. "Steak culture is crushing the kebab right now.”

Bingol likened the challenge posed to the arrival of hamburgers and fast food culture into Turkey in the 1980s.

“The hamburger has (now) beaten our traditional food, such as pitta bread and lahmacun,” he said.

Cuneyt Asan, who introduced the steak house concept to Turkey and owns several steak houses in Istanbul, insists that the kebab is an irreplaceable part of Turkish cuisine, yet says the demise of the kebab shop is down to it not being innovative and competitive.

“Due to intense competition in the food sector, every companies should renew their service constantly... Kebab shops have not renewed their menu and food presentation for a long time," said Asan. "They should adapt to new consumer demands and market demands if they want people to dine in. If not, they will die out."

“Steak houses are popular among high income earners. If they feel economic pressures, they will stop going, but this is not the case for kebab lovers. They will keep going to kebab shops anyway.”

As Turkey's economy boomed over the last decade, steak houses entered the restaurant sector, along with Japanese and Mongolian food.

Steak houses, however, are ruling the roost, especially among the richer segments of Turkish society.

As competition increases, new players are entering the Turkish market - among them Dogus Holding, which paid US$6.8 million in 2011 to for a 50 percent share of Istanbul’s well-known steak house, Nusr-et.

According to reports, Ali Sabanci, the owner of low-fare carrier Pegasus Airlines, is also looking for opportunities.

"The reason for the increase in interest is the concept itself," said steak house owner Asan. “Turkish people already love meat. We offered them quality meat and they came up with different ways to serve it.”

Bingol agreed that steak houses exhibit a different ambience, and that’s the main reason why some Turks love to dine there.

Gourmet Yasin said, however, that Turks love the kebab's style of presentation and will not give up.

“The new demand is limited to Istanbul and some big cities. For Anatolians, kebab shops still rule,” he said.