The Prizren houses, among the most important historic symbols of the Kosovo along with its mosques and public bathhouses, date as far back as 100 to 150 years ago. Many have been restored and now serve as museums. 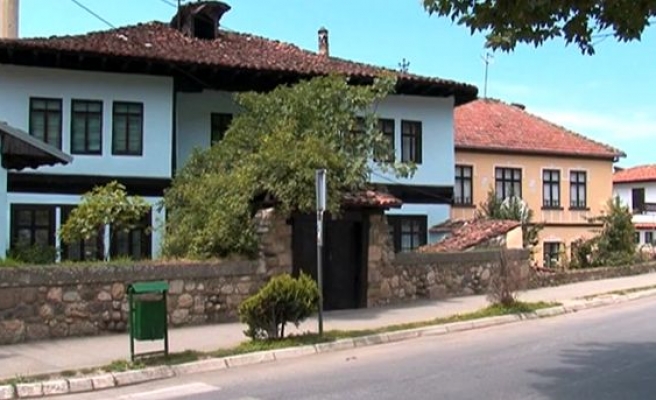 The city of Prizren, found on the foothills of the Sar Mountains in Kosovo, is working to preserve its historic and cultural heritage.

Even though the city, the name of which is said to have been “Purzerin/Purzerrin” during Ottoman times and which neared collapse after the Balkan Wars, may not be developing as fast as the capital Prishtina, it is undergoing a restoration period.

It is as if the city is being newly constructed after most of the Turkish population migrated from the area.

The Prizren houses, among the most important historic symbols of the Kosovo along with its mosques and public bathhouses, date as far back as 100 to 150 years ago. Several of the houses which were left collapsing in abandon have now been restored as museums.

The Prizren houses extend from the Shadirvan square to the Marash district, serving as symbols of the city.

The homes surrounded by large walls and trees along their wings have common striking traditional architectural themes: the Prizren homes are two stories.

The even leveled windows and doors which open up to the gardens and arbors mark their most definitive feature.

While some currently serve as museums, the houses which were destroyed during the war or are in unusable condition are also being reconstructed and opening for visits. The houses which likewise carry traces of Anatolian architecture are among the structures which most captivate tourists’ interest.