Democratization process sees a four-fold increase in the number of Kurdish publications and a normalization of the language itself. 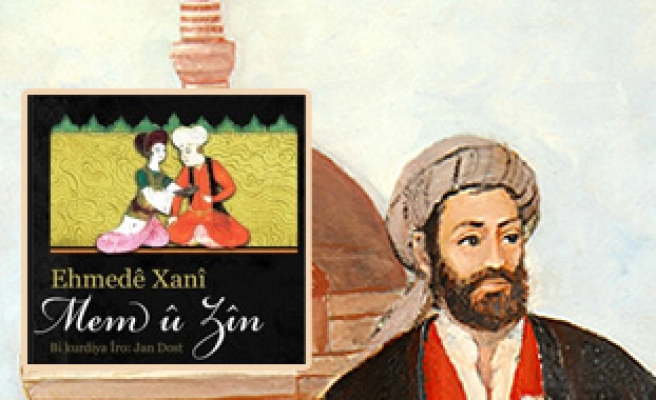 It has been a very busy time for Abdullah Keskin, the owner of Istanbul-based Kurdish book publisher.

Last month, the Avesta publisher set up a stand at book fair in the western city of Izmir, a place well-known as a stronghold of Turkey’s nationalist and republican heritage.

During the fair, Keskin hung a large banner in front of his book stand, displaying a word which has been taboo for years by successive Turkish governments: ‘Kurdistan’.

Despite this sensitivity when asked about any reaction, he says: “I did not face any insult from pro-republicans during the fair”.

Another Kurdish-language publisher, Suleyman Cevik, owner of Istanbul-based publisher Nubihar, had a similar experience, claiming he did not face any hostility during the fair.

Their experience points to an increasing level of acceptance of Kurds and the Kurdish language in Turkey. Historically, the country has spent years fighting armed Kurdish militants; Kurds were previously described on occasions as ‘mountain Turks’.

The ruling AK Party’s reforms to normalize the Kurdish language has paid off. Since the reforms, there has been a relative surge in Kurdish publishing houses compared to earlier years:

In addition to already-existing publishers, several new ones have been started in Istanbul and the Kurds' political heartland of Diyarbakir in Turkey’s southeast.

“There had been pressure on publishers until 2005 but with the Kurdish peace process all these ended. Now, we have a Kurdish book market; that means Kurdish is normalized,” says Muhsin Kizilkaya, a prominent Kurdish activist and broadcaster.

Most of these books (196) were adult fiction or non-fiction focusing on culture (105). Religious books did not fare that well: only 19 Kurdish books were on that subject.

“The democratization process, of course, contributed to the rise of Kurdish publications,” Keskin told Anadolu Agency. “Many taboos have been destroyed as well. For example, Turkish officials’ meetings with [PKK leader] Abdullah Ocalan make many think that this [Kurdish] issue is not as important as they exaggerated,” he continued.

State-owned TV station, TRT’s Kurdish channel and Anadolu Agency’s Kurdish department have promoted the acceptance of the language in Turkey. Indeed, this week Anadolu news agency revealed it would hold a conference on Kurdish journalism at its Ankara HQ.

Gone are the days when Kurdish publishers would spend more days in courts or jails as opposed to editorial rooms. “Some bookstores were bombed and there were arrests too. All sort of things happened. Even one instance, security forces also tried to end autograph session by a Kurdish writer although it was legal,” Keskin stated.

Years ago, it was not rational to publish Kurdish books given that an owner had to spend days at court. “Now, we deal with our businesses. In a free and independent environment, we do things that we see proper,” Keskin said.

Still, there is more to do. Experts and book publishers demand further reforms. Education in Kurdish – many people’s mother tongue – tops the list of demands: “Obstacles in front of Kurdish should be abolished,” Kizilkaya demanded. Publisher Cevik also seeks similar steps from the government, adding, “Kurdish should be compulsory in public schools. Otherwise, there is no viable future for Kurdish publishers.”

Presently some Kurdish-language education is available but only in private schools, select university departments or with private tutoring; there is no Kurdish instruction in state school.

Some also are anxious about political environment, fearing that an armed attack by Kurdish militants has the potential to roll back all these years political gains. “Even if we do not deal with politics, we are deeply affected by political developments,” Keskin says.

Turkey’s Kurds, estimated to be around 20 percent of the population, no longer face the widespread and systematic discrimination of the past which resulted in years of conflict and thousands of deaths. Kurds now can use their language and read their books in public. Yet that does not mean everything is resolved.

There are still outstanding issues such as injustices of the past that left scars in Kurds’ collective consciousness. Can present peace and future prosperity heal past injuries? Some hope so: “I prefer looking to the future. More than anyone else, we want to bury the past to see the future,” Keskin says.