Ilyasah Shabazz says a country opening its borders to 3.5 million refugees speaks for itself 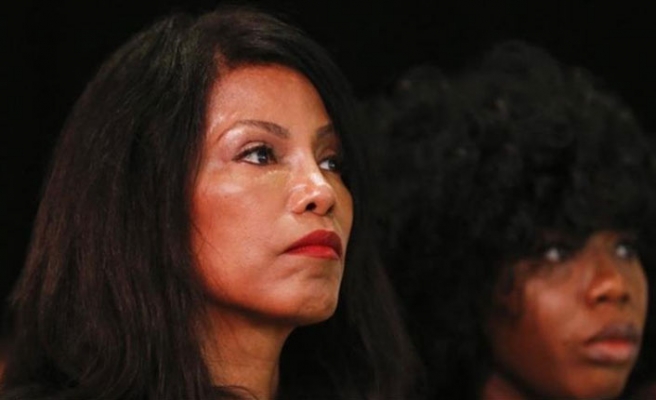 Turkey carries on the legacy of Malcolm X, said the daughter of the greatest black rights leader of the 20th century while praising the country's humanitarian efforts.

"Anytime you have a country that opens its borders to 3.5 million refugees, that speaks for itself," Ilyasah Shabazz told Anadolu Agency in an exclusive interview.

Regarding her meeting with Turkish President Recep Tayyip Erdogan and First Lady Emine Erdogan in New York City on Sept. 23, Shabazz said it was an "honor".

Speaking about her fondness for Turkish people, Shabazz said: “When I think of Turkey, I always tell people that you can see how kind and compassionate, unbiased that Dr. Oz is… And I say that is what Turkey is. I am always happy to be amongst the people of Turkey because they seem to be that way. They seem to be genuinely kind and it has nothing to do with the color or sex or anything.”

Recalling Bryan Stevenson’s Equal Justice Initiative project that says one must be judged through their treatment to the poor and the disenfranchised, she stressed that Turkey is an example of this.

"Turkey is an exemplary place of how we treat the disenfranchised, to carry my father's legacy. It speaks to the humanity of each individual, that we are all brothers and sisters under the fatherhood of Allah,” she added.

“It's not seeing religion or color or nationality but seeing right from wrong and when we see wrong, we take time to do something about it, to change it and this is why I support President Erdogan when he's here, especially his wife, her excellency, and their daughter Esra. Because it seems that is what they represent.”

Malcolm X, who was born in 1925, was assassinated on Feb. 21, 1965 in Washington Heights, New York City, after a relatively short life of immense struggle for the rights of black people.

The civil right activist inspired millions of black families to trace their roots and contributed to black identity with his example and leadership.

Initially a prominent figure in Elijah Muhammad's Nation of Islam movement, he broke away from the group in 1964 and embraced Sunni Islam, adopting the Muslim name el-Hajj Malik el-Shabazz.

Renouncing the separatist beliefs of the Nation of Islam, he attempted to internationalize the plight of African Americans and to make common cause with the oppressed people of the world.

His life story, The Autobiography of Malcolm X, is considered one of the seminal non-fiction works of the 20th century.