Haci Bektasi Veli's Fatiha Commentary, which was one of his missing works, was found in the British Museum Library. 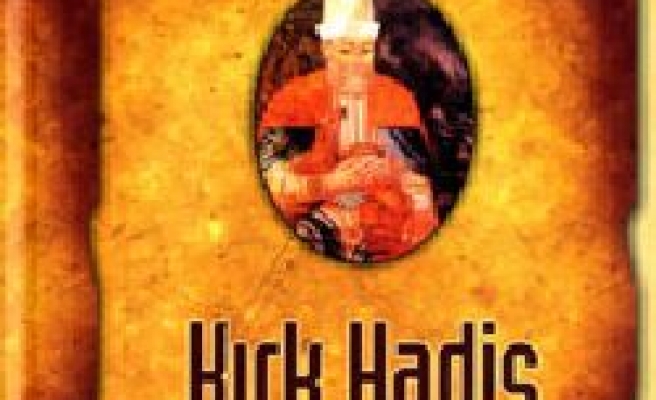 Haci Bektasi Veli's Fatiha Commentary, which was one of his missing works, was found in the British Museum Library.

Throughout history writing a translation or commentary on "forty hadith" has continued on as an important tradition of Turkish scholars and poets. Important names like Ali Sir Nevâî, Fuzûlî, Nev'î, Nabi, Âsik Celebi, Sadreddin Konevi, and İbrahim Hakki Bursevi have written highly valuable works on this subject. Among these valuable works in Turkish literature is Haci Bektasi Veli's Forty Hadith Commentary.

Prepared for publication for the first time by Nurgul Ozcan, the book was released by Fatih University Publication. The story behind the book's publication sounds a lot like a detective novel, Cihan news agency said.

The story dates back to the years when Assistant Professor Huseyin Ozcan, who is a lecturer at Fatih University's Faculty of Arts and Sciences, was still a student in college. During the course of his college education, Ozcan began researching the Fatiha Commentary with the encouragement of his professor Abdurrahman Guzel. He went to England in 2008 and searched for this book in every library he visited. While reviewing the manuscripts in the British Museum Library he came across a copy of the commentary and another work named Makalat. In addition to the Fatiha commentary, Ozcan found another missing work of Haci Bektasi Veli named Firty Hadith Commentary.

In the first section of the book, Nurgul Ozcan provides information on the life and works of Haci Bektasi Veli. Noting that the works of Haci Bektasi Veli need to be studied in order to understand him Ozcan said " The works of Haci Bektasi Veli which consists of Sufistic conversations between the mürsit (mentor) and his disciples (murid), which there are broad examples of in the Sufi tradition, are the main sources that directly reflect his ideas." Ozcan explains that scholars and poets write commentaries on forty hadith for the purposes of obtaining the Prophet's intercession, to find peace in the world, to be remembered with blessings, to find salvation in the hear after, to go to heaven, and to be free of troubles. According to Ozcan, Turks have shown the most interest in translations on forty hadith.

The second part of the book is on the forty hadith tradition in Turkish literature and works that have been written in this area. There is also a review of hadith included in other works written by Haci Bektasi Veli. Haci Bektasi Veli's commentary on forty hadith was written approximately in the 14th century. The commentary, which consists of 19 pages and is written in naskh calligraphy with vowel markings, includes forty hadith that explains the concept of poverty as a dervish. The main topics of Haci Bektasi Veli's Forty Hadith is the importance of the concept of poverty, the virtues of poverty, the rewards of helping those who are poor and the punishments for those who despise the poor. At the end of the book, there is an original and Turkish translation of the Forty Hadith.