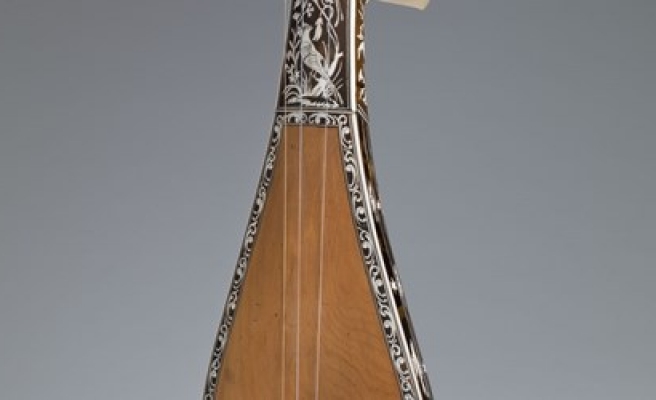 A stringed instrument that once belonged to a woman in the harem of Sultan Abdulaziz has been bought by a 22-year-old Turkish music student.

Emine Bostanci, who studies at Rotterdam Conservatory in the Netherlands, bought the three-stringed kemancha from a Canada-based collector for around 20,000 Turkish liras ($5,670).

It was made for Abdulaziz, who reigned from 1861 to 1876, by an Armenian craftsman before being bought by Fahire Fersan, a student of renowned Ottoman composer Tanburi Cemil.

When she heard that a 150-year-old kemancha, which is 50 centimeters (20 inches) in length, was up for sale, she started saving.

“I never mentioned anyone until I got all the money,” Bostanci, who has studied the kemancha since she was 16, told Anadolu Agency.

“It was a big responsibility for me. Miss Fahire had played it before me. When I play it in the evenings, I really enjoy it as if Miss Fahire was listening to me from a corner.”

The kemancha is an ancient stringed musical instrument played with a bow. Its tender and melodic sound is a key component of classical Turkish music.