Exhibit features almost 60 designers from different parts of the globe, including Qatar, Turkey and Indonesia 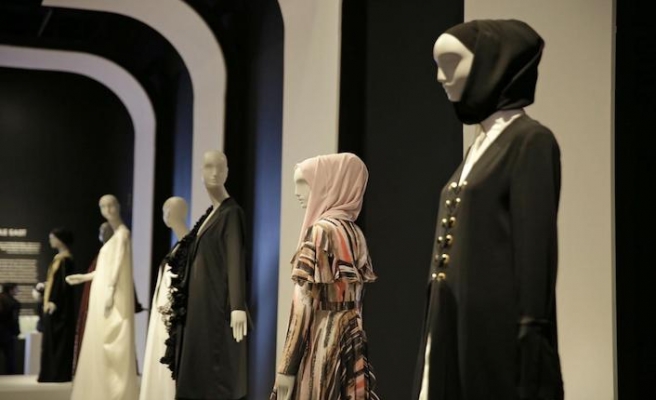 A museum in San Francisco is opening a new exhibit highlighting the fashion of Muslim women.

Contemporary Muslim Fashions is set to open Saturday at the de Young Museum in the Golden Gate Park of San Francisco.

The collection spotlights the traditions, cultures, as well as global trends that shape the fashion of Muslim women, who are adherent to the world's second largest religion.

“There are those who believe that there is no fashion at all among Muslim women, but the opposite is true, with modern, vibrant, and extraordinary fashion scenes, particularly in many Muslim-majority countries,” Max Hollein, former Director and CEO of the Fine Arts Museums of San Francisco said in a statement.

The exhibit features almost 60 different designers from different parts of the globe, including Qatar, Turkey and Indonesia.

It opens at a turbulent time for Muslims in the West, as many countries have taken legal moves to ban Muslim women dress. In Denmark, wearing the niqab, a face veil, has been banned by the government.

France also banned wearing the niqab in public places in 2011, and in 2016 there was outrage when the government defended the ban on burkini swimsuits, which deterred Muslim women from being able to go to public beaches.

But the museum was not stopped by this, and continued to work to create the collection.

“Fashion is at its best when it both adapts to the needs of society and reflects its social and political undercurrents,” said Jill D’Alessandro, Curator in Charge of Costume and Textile Arts.

The de Young Museum says this is the first major exhibit of its kind to address Muslim clothing in such a way.

The modest fashion industry, currently valued at $44 billion, is beginning to gain attraction from Western fashion outlets as they want to cater to Muslims.

The museum noted that out of the 1.8 billion Muslims worldwide, 250,000 live in the California Bay area, and that the fashion of Muslim-majority countries and the Muslim diaspora community have fueled new forms of fashion to develop.

The exhibit will run from Sept. 22 - Jan. 6, and after will move to Museum Angewandte Kunst in Frankfurt, Germany.