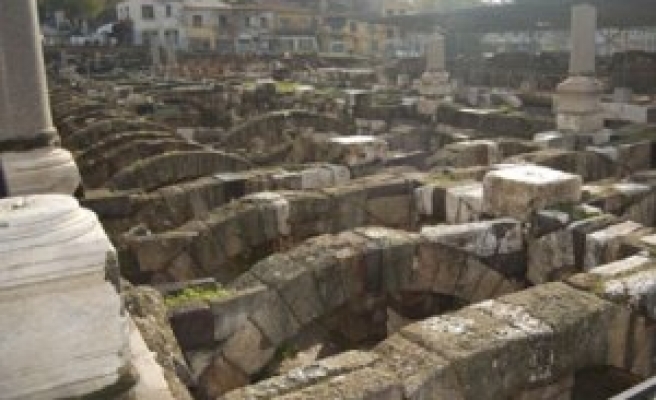 A bath belonging to Roman period, and the head of a statue dating back to 2nd century A.D. were unearthed during excavations which are pursued by Dokuz Eylul University and Culture & Tourism Ministry, and supported by TOTAL.

Archeologists unearthed a part of "caldarium" and also found "hypocaust system" of the bath.

The ancient city is located at two sites within Izmir. While the first site, likely to have started as a native foundation, rose to prominence during the Archaic Period as one of the principal ancient Greek settlements in western Anatolia, the second, whose foundation is associated with Alexander the Great, reached metropolitan proportions especially during the period of the Roman Empire, from which time and particularly from after a 2nd century AD earthquake, most of the present-day remains date.