Newspapers of Turkish WWI prisoners tell their own story

It has been recently discovered that there have been dozens of newspaper printed to distribute to Ottoman soldiers that were captured prisoners in the First World War to keep up their morale. 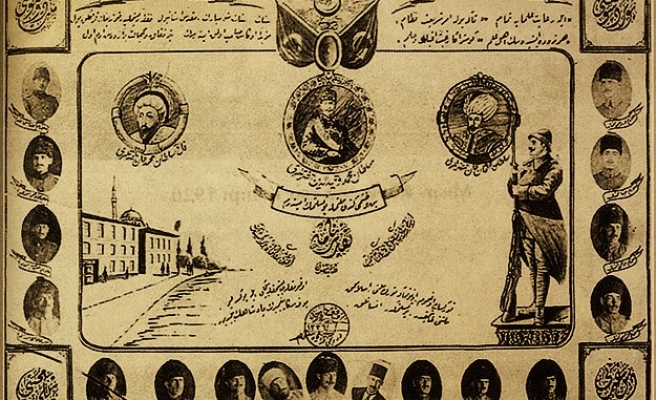 It has been recently discovered that there have been dozens of newspaper printed to distribute to Ottoman soldiers that were captured prisoners in the First World War to keep up their morale.

The soldiers, named Mehmetcik in Turkish were held captive in the camps of Egypt published magazines like Nilufer, Ocak, Hilal, Turk Varligi and Light, which were among 23 different newspapers, and those held in camps in Russia, India, Tatarstan and Siberia published newspapers such as “Puskullu Bela, Kopuk, Niyet, Altay, Ne Munasebet” with a few others bringing the newspaper count to 10.

Dr Ahmet Ucar who wrote an article in Yedikita History and Cultural magazine also said that during World War 1 more that 200,156 Mehmetcik were held captive as prisoners. Falling captive was a lot harder than the war itself, explains Ucar, and that the trouble that they had was lightened with their efforts with the publications.

With death camps set up for the Mehmetcik, the soldiers while held captive suffered greatly and that that they had explained that those who were held in the British camps in Egypt were blinded and that the amount of torture was so great was that there were far too many stories to tell. With the words “captive” and “death” taking new meanings in World War I, says Ucar, “Nearly two million people aged 15-20 years old sacrificed their lives, their country and that nearly 1 million people had suffered in camps”.

“Turkish prisoners, and in order to forget their captivity, used music, language, literacy, and publishing as past times”. Ucar also mentioned the different difficulties facing the prisoners in different countries like the heat of India and the marshes of Burma. Printed on a single copy paper and because of the shortage of ink, the 12 page “Kurtulus” newspaper that was published by Turkish prisoners in the city of Krasnoyarsk, was printed with the aim of educating the Turkish captives and contained many humorous articles, puzzles, crosswords and translations from Russian.

The publishing of newspapers called “Simal Yagi” and “Kurultay” from the area of Kazan and a newspaper called “Altay” from Ufa indicated that there were Tatar and Ottoman Hilal-i Ahmet community had also assisted the captives.