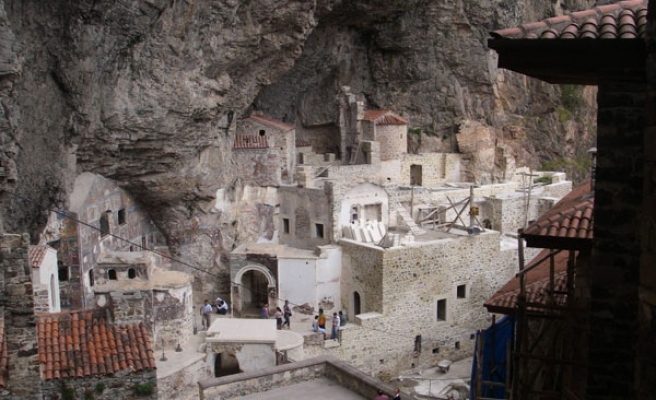 A religious ceremony by Orthodox Christians began at Sumela Monastery in Macka district of northern Trabzon province in Turkey.

The Sumela Monastery is 1600 year old ancient Orthodox monastery located at a 1200 meters height on a steep cliff at Macka region of Trabzon city in Turkey.

The Orthodox Christians on Thursday held a religious ceremony at the anniversary of "The Virgin Mary's ascension day."

Visitors were allowed to enter into the monastery with their entrance cards that had been given by Trabzon governership.

The visitors later started the ceremony under the tutelage of Fener Greek Patriarch Bartholomeos. About 350 people attended in the ceremony.

Those who participated are from Russia, Georgia, Greece, Australia and Ukraine.