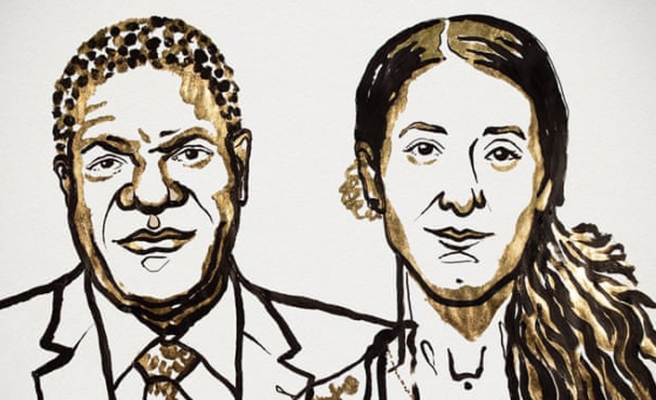 Denis Mukwege and Nadia Murad have been announced as winners of the 2018 Nobel peace prize.

Last year, the winner was the International Campaign for the Elimination of Nuclear Weapons.

This year there were 331 nominees for the prize - 216 of which individuals and 115 groups, the Nobel Committee said. According to him, this is the second highest figure of the candidates, after that in 2016.

This week, Nobel prizes were awarded for medicine, physics, and chemistry.

Who founded the Nobel Prize?

The Nobel prizes were the brainchild of Alfred Nobel, a Swedish chemist, engineer, inventor, businessman, and philanthropist.

When he died in 1896, in his last will and testament he wrote that much of his fortune was to be used to give prizes to those who have done their best for humanity in the fields of physics, chemistry, physiology or medicine, literature and peace.

The prizes were first awarded in 1901.

Who decides who wins?

The Norwegian Nobel Committee is responsible for selecting the Nobel Prize Laureates.

Anyone can be nominated as long as they meet a strict set of criteria.

The identity of the nominees remains private, not to be disclosed until 50 years after the prize is awarded.

Why are the awards held in Norway every year?

The Nobel Peace Prize has been awarded in Norway since its founding in 1901.

Since then, the prize has been awarded by a Norwegian Committee in Oslo.

Alfred Nobel never disclosed why he didn't give a Swedish body the task of awarding the Peace Prize.