Ottoman gravestones taken back from Britain

Taken back to Turkey by Turkish Culture and Tourism Ministry, the gravestones, which are thought to be stolen from Istanbul, are on display in Istanbul Archaeology Museums Directorate 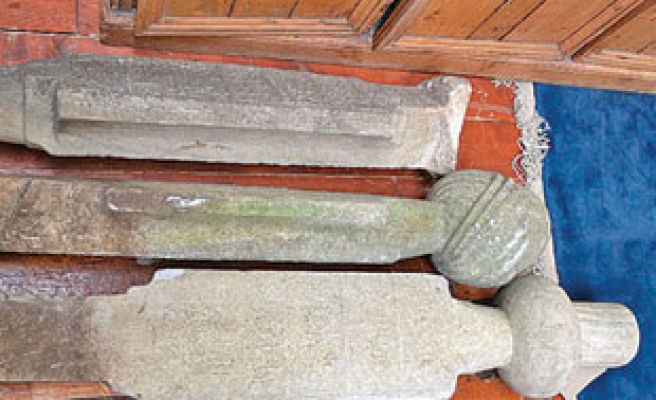 The Ottoman gravestones that were brought back to Turkey after their auction sale in Britain was stopped thanks to the efforts of Turkish Ministry of Culture and Tourism are being exhibited now in Istanbul Archaeology Museums Directorate.

Put up for sale by a British auction company called "High Road Auctions", gravestones of three men and a woman belonging to the Ottoman period were pulled from auction by the initiative of Turkish Minister of Culture and Tourism Omer Celik.

Taken back to Turkey on September 19, the gravestones were analyzed by experts from Directorate of Turkish and Islamic Arts Museum and Istanbul Metropolitan Municipality Directorate of Cemeteries.

The gravestones, which are thought to be stolen from Istanbul, are on display in Istanbul Archaeology Museums Directorate for a week as of Sunday.

Istanbul Turkish and Islamic Arts Museum will take the gravestones, dating back to the 17th and 18th centuries as experts say, under its protection.