Ottoman legacy struggles against lack of care in Bulgaria

Several works of architecture are in ruins after years of oversight, Turkish Deputy PM finds. 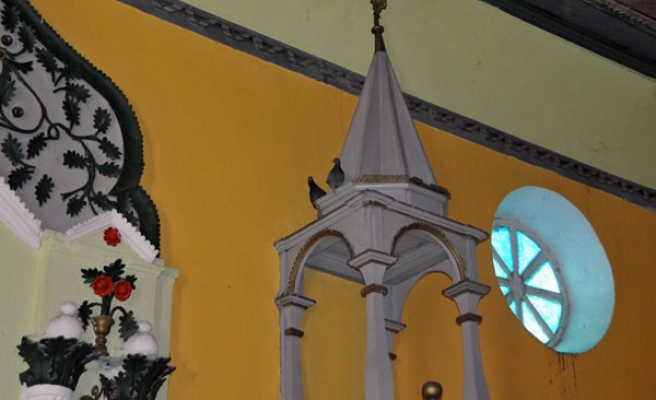 Remnants of Ottoman architecture standing in Bulgaria are in a struggle against lack of care, Turkish Deputy Premier's visit to the country has revealed.

Deputy Prime Minister Bekir Bozdag traveled nearly two thousand km during his three day tour in the Balkan country. He gave special attention to architectural works from the Ottoman era, inquiring about their legal status and expressing willingness to take up their restoration.

Bulgaria remained under Ottoman rule for nearly five hundred years till its independence at the end of the 19th century.

Bozdag said that he felt sad at the sight of such neglected works of architecture. It was particularly bitter in Plovdiv, he said, where a historic mosque was turned into a restaurant, and a traditional public bath (hamam) into a modern arts museum.

"We saw a hamam and another mosque from the same period," Bozdag said. "This mosque is now private property; a citizen bought it in 1930.

"We are trying to acquire ownership of this mosque via Turkish Cooperation and Coordination Agency (TIKA). There is no agreement yet. When one is reached, we will open it to worship."

"We will reclaim Ottoman works in Bulgaria," he said.