Remi Kanazi, a New York-based Palestinian national, believes that, although his poems alone will not end the occupation, his message will still reach millions of people – and therefore could have an impact. 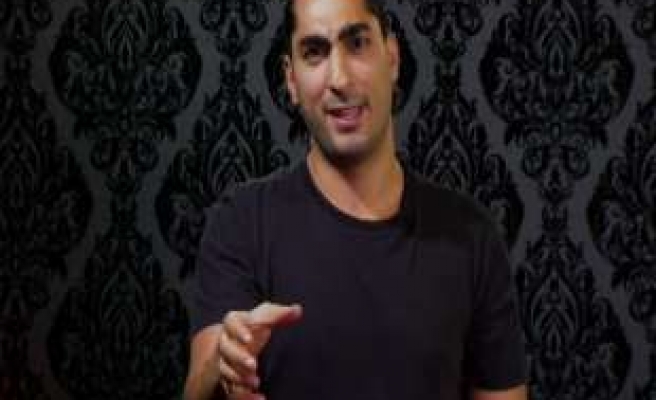 Remi Kanazi, a New York-based Palestinian national, is resisting Israel's longstanding occupation of his homeland in his own unique way.

"We can use art in creative resistance that… is integral to any liberation movement," Kanazi told Anadolu Agency in an exclusive interview in Johannesburg.

"I'm happy to work in that capacity."

The performance poet is currently touring South Africa as a guest of the Tri Continental Film Festival.

He is slated to perform and speak at a number of community venues in Johannesburg, Durban, Cape Town, Pretoria, Khayelitsha and Soweto.

Kanazi is known for his collection of poems entitled "Poetic Injustice," in which he addresses the occupation of Palestine.

The newly-released collection of poetry has received the acclaim of Pulitzer Prize winner Chris Hedges.

"There is more truth, and perhaps finally more news, in Remi Kanazi's poems than [in] the pages of your daily newspaper or the sterile reports flashed across your screens," he has said.

"It also generates beautiful artistic works, which become a cultural weapon in the struggle for the realization of dreams."

"[Kanazi's] book of poems is a shining example of tomorrow's Palestine," he added.

Kanazi says he became a poet after his brother and sister took him to a poetry reading almost ten years ago.

"Seeing Shuha Hamadi's performance in 2004 galvanized me and I picked up a pen," he recalled.

Asked if he had ever faced discrimination because of his poetic works, Kanazi cited a handful of challenges.

"I have received hate mail and sometimes opposition while performing," the poet said. "But despite these challenges, I fear most for those unknown activists who are harassed or attacked daily by authorities because their cases are never reported."

Kanazi compares the Palestinian cause to South Africa's earlier struggle against apartheid.

"Palestine has many similarities with South Africa and I believe that's why Palestine has a lot of supporters here," he said, thanking South Africans for their continued support for the Palestinian cause.

Kanazi maintains that Israel's continued brutality and settlement expansion in occupied Palestinian territories have shown the world the true face of the "apartheid" state of Israel.

He accused the US of complicity in the ongoing Israeli occupation of Palestine, since Washington provides Israel with unflinching military support, along with other forms of aid.

Kanazi appealed to people around the world to unite behind the Palestinian cause through boycott, divestment and sanctions against Israel, until the self-proclaimed Jewish state complies with international law and ends its occupation of Palestine.

"Palestinian people aren't victims in need of aid; they are an occupied people in need of freedom," he insisted.

Kanazi believes that, although his poems alone will not end the occupation, his message will still reach millions of people – and therefore could have an impact.

"Despite the millions of dollars spent by Zionist groups in the US, many Americans are now joining us in supporting the Palestinian cause."