The late Necip Fazil Kisakurek, a famous Turkish poet and author, has had his first play translated into English. 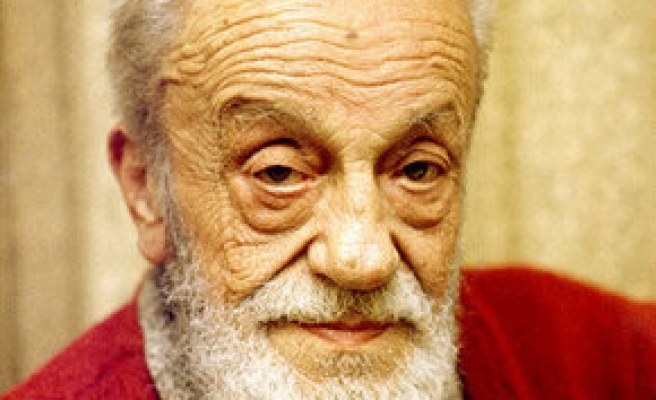 A literary work of Turkey's leading poet Necip Fazil Kisakurek has been published in English.

"Yunus Emre", a drama written by Kisakurek, was translated by Ruth Christie and Mevlut Ceylan. The drama is the first of Kisakurek's works to be translated into English.

Mevlut Ceylan has translated the works of many Turkish poets into English and, through Core Publications, published a series of books of famous poets such as Cahit Zarifoglu, Arif Ay, Nuri Pakdil, Erdem Bayazıt, Cumali Unaldi and Asaf Halet Celebi.

Along with the poet Feyyaz Fergar, he founded Core, an international poetry magazine published in London.

Ceylan was born in Ankara and has lived in self-imposed exile in London since 1979. As a poet, translator and teacher, he has three published collections of his poetry in Turkish.

He regularly contributes to Turkish literary journals. Ruth Christie is also known by different works. Before Kisakurek, Christie worked on Turkish novels by Ahmet Hamdi Tanpinar and Can Yucel.

Necip Fazil Kisakurek was a Muslim poet, novelist, playwright, philosopher and activist. He is also known simply by his initials NFK.