The voices and feelings of Turkish minority living in Western Thrace may reach more people ever after a translation of poems to English from their favourite poets. 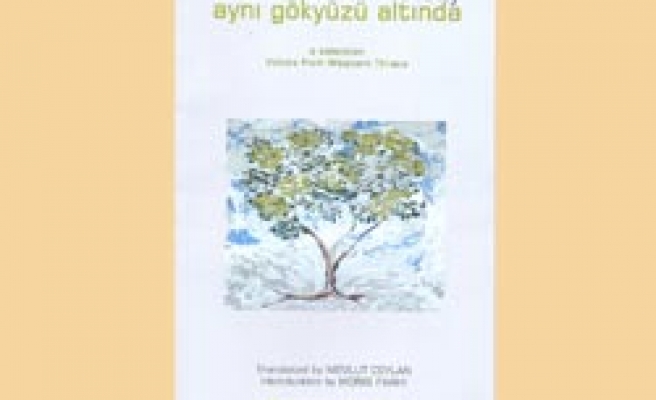 The voices and feelings of Turkish minority living in Western Thrace may reach more people ever after a translation of poems to English from their favourite poets.

In first look, the audience may come across somewhat an unsophisticated language and a poetry but after a while, an articulation gets more remarkable.

As Moris Fahri, a well-known poet in Britain, says in the introduction, the book offer us a fledgling literature of a minority who are a part of the Turkish culture in Balkans.

While their non-pompous poetries leave clear effects on our minds with the simple utterance, we can also find many visuals, songs and rhythms from the life of Thracian Turks.

The Muslim Thrace Turks, under the Greek ruling, has suffered from violations of rights such as restrictions on the main language, religious practices and also possession of land. Such pains impress their poems as well as the songs, but as a people who live together nature and traditional folklor, we can also hear their soft and smooth enthusiasm.

Without pushing the limits of the daily language, the poems have a power to touch the human entity with longing, pain and love of Thrace Turks, which are mixed with the nature in the words. Meanwhile, that talks about birth and death with very simple language, invite us to look deep into human predestination.

Mevlut Ceylan, a prominent Turkish poet living in self-imposed exile in London, translated poetries from nineteen leading Thracian Turkish poets who has wrote between the first half of the 20th century and 21th century.

Besides this, Ceylan has translated the poems to English from leading Turkish poets such as Cahit Zarifoglu, Arif Ay, Nuri Pakdil, Erdem Bayazit and Asaf Halet Celebi.

The book, with translated poetries, feeds the hopes that the minority literature that lives its childhood to develop into a culturally reacher future.