Iraq's heritage already suffered a major blow in the lawlessness and looting that followed the toppling of President Saddam Hussein by U.S.-led forces in 2003 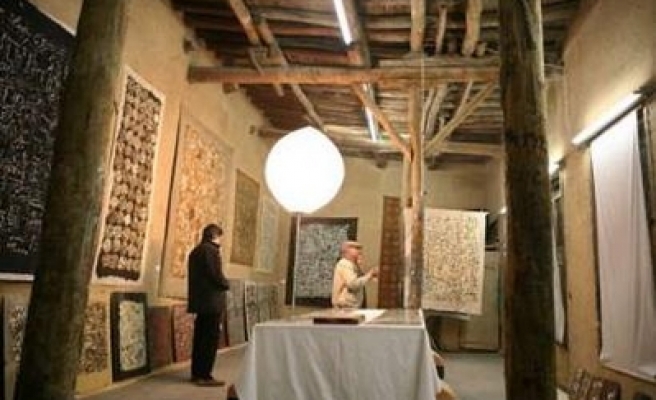 Ancient Iraqi artefacts are appearing on the black market as militants use intermediaries to sell priceless treasures, Iraqi and Western officials said.

The militants gained some experience of dealing in antiquities after taking control of large parts of Syria, but when they captured the northern Iraqi city of Mosul and the Nineveh province in June, they gained access to almost 2,000 of Iraq's 12,000 registered archaeological sites.

Mesopotamia, part of modern-day Iraq, was among the earliest civilizations. Its name in Greek means "between the rivers", a reference to the Tigris and Euphrates rivers that made it a rich centre for agriculture, trade and a crossroads of civilizations.

The site of Nineveh and Babylon, whose hanging gardens were one of the seven wonders of the ancient world, the land was home to the Sumerians who gave the world cuneiform -- the earliest form of Western writing -- around 3100 BC.

Speaking at a conference at the U.N. cultural agency UNESCO in Paris to warn of the risk to Iraq's heritage, Qais Hussein Rasheed, head of the Baghdad Museum, said organised groups were working in coordination with ISIL.

"It's an international artefacts' mafia," he told reporters. "They identify the items and say what they can sell," he said. Since some of these items were more than 2,000 years old it was difficult to know exactly their value.

Citing local officials, Rasheed said the biggest example of looting so far had taken place at the 9th century B.C. grand palace at Kalhu of the Assyrian King Ashurnasirpal II.

"Assyrian tablets were stolen and found in European cities," he said. "Some of these items are cut up and sold piecemeal," he said, referring to a tablet of a winged bull.

Another Iraqi official, who declined to give his name, said artefacts were also being dug up and neighbouring states such as Jordan and Turkey needed to do more to stop such items crossing their borders.

"Things are getting across our borders and into auction houses abroad," he said. "Unfortunately many of the proceeds of these artefacts will be used to finance terrorism."

A Western diplomat said it was too early to assess exactly how much from Iraq had crossed the borders.

"We've seen hundreds of millions of dollars worth of Syrian pieces pop up after their sites were looted, so it's not unreasonable to expect the same for Iraq," he said.

The UNESCO event, which brought together diplomats, Iraqi officials and experts on Iraq's heritage, comes ahead of next month's general assembly of the world cultural body, at which France will submit a resolution to raise awareness among member states and create a mission to help Iraq evaluate the damage.

"When tens of thousands of people are dying, should we be worried about cultural cleansing? Yes, because heritage unites and culture provides dialogue that fanatical groups want to destroy," France's ambassador to UNESCO Philippe Lalliot said.

Iraq's heritage already suffered a major blow in the lawlessness and looting that followed the toppling of President Saddam Hussein by U.S.-led forces in 2003, when looters torched buildings and ran off with treasures thousands of years old.

However, militants have destroyed tombs, mosques and churches and burned precious manuscripts and archives.

In attacks reminiscent of assaults on shrines in Afghanistan and Mali, militants in Mosul destroyed statues of Othman al-Mousuli, a 19th Century Iraqi musician and composer, and of Abu Tammam, an Abbasid-era Arab poet.