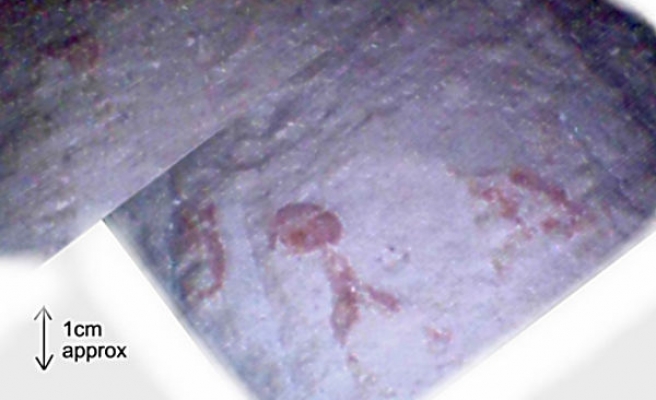 A robot sent into explore the Great Pyramid of Giza in Egypt has sent back images of a tiny secret chamber that has not been accessed for 4,500 years.

The New Scientist reported that it is the first time researchers were able to send a robot into the chamber since attempts began in 1993.

University of Leeds engineers led by Rob Richardson used a flexible “micro snake" camera into hidden part of the pyramid. What it found was a secret chamber decorated with red hieroglyphs and carvings.

"If these hieroglyphs could be deciphered they could help Egyptologists work out why these mysterious shafts were built," Richardson told the New Scientist.

The Great Pyramid of Giza is believed to have been built as a tomb for the pharaoh Khufu and is the last of the Seven Wonders of the world.