"Aferim!", which means "well done", shares the same producer, Ada Solomon, as the Romanian film Child's Pose, which won the Golden Bear in 2013. 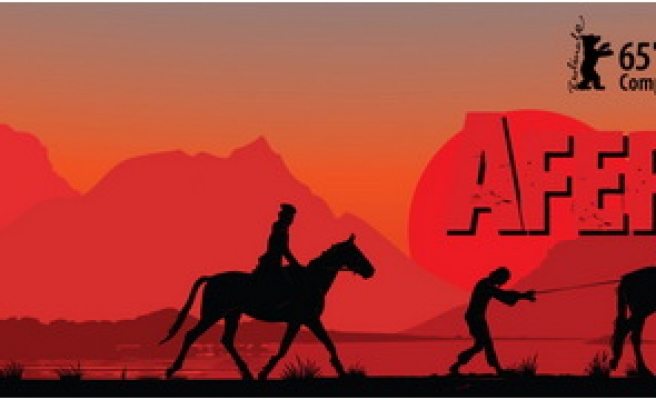 While some search for the origin of Romania's social troubles in its communist past, director Radu Jude returns to the early 19th century in "Aferim!", to show a pitiful world of cruelty and deep prejudice, which he believes still informs attitudes today.

The film, among 19 vying for the Berlin Film Festival's top Golden Bear honour, follows the hunt by a sheriff and his son for a runaway gypsy slave. It highlights a harrowing and little-known period in the history of Romania's Roma minority, who were once kept as slaves by monasteries or local overlords.

It's far from a bucolic portrayal of colourful folk traditions in the Wallachia region's pastures and forests. This stark, black and white film introduces bigoted Orthodox clergy, peasants and their scrawny children and the desperately poor Roma, called "crows" for their "blackness".

"I was interested in making a film that explored the connection between past and present... and namely how past problems still shape mentalities today," Jude told reporters.

"I also wanted to pose the question, how do we judge the behaviour of someone in the past, whose behaviour was sanctioned by the laws and traditions of that age."

Sheriff Costadin is a money-driven and casually violent man, dutifully upholding society's injustices and stamping out any glimmers of conscience shown by his son, who accompanies him on horseback though the Romanian countryside.

Costadin devours the absurd biblical justifications given by an Orthodox priest for the Roma's enslavement and the same priest's anti-Semitism and xenophobia.

Women are seen as merely hags or prostitutes -- fit for little more than hard work and beating by their husbands. The Roma slave Carfin, however, is smart, and articulately describes the horrors of his existence.

Much of the film's dialogue comes direct from historical texts or literature. Slavery was eventually stamped out in Romania by the 1850s.

Modern Romania is home to around 2.5 million Roma, or roughly a sixth of the population, and many are still the victims of extreme poverty, prejudice and social exclusion.

"Aferim!", which means "well done", shares the same producer, Ada Solomon, as the Romanian film Child's Pose, which won the Golden Bear in 2013.

The country has emerged as a powerhouse of hard-hitting cinema in the post-Communist era, with the harrowing abortion drama "4 Months, 3 Weeks and 2 Days" winning the coveted Palme d'Or in Cannes in 2007.

"Aferim!" fits the mould of unflinching storytelling and human drama, set against a backdrop of a cold, uncaring society.