Archeologists have discovered a sacred spring in an ancient city in western Turkey. 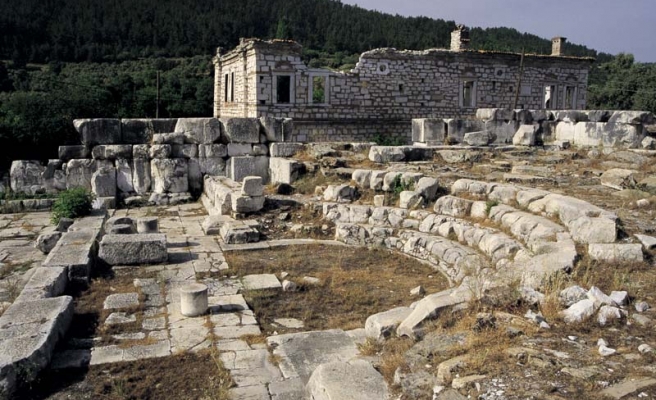 Archeologists have discovered a sacred spring in an ancient city in western Turkey.

The head of the excavation team, Professor Ahmet Tirpan, told reporters on Friday that they had unearthed a sacred spring, providing water to the sacred fountain" in the ancient city of Stratonikeia in Yatagan town of the western province of Mugla.

The archaic city of Stratonikeia was established in the 3rd century BC. The acropolis of the city is at the top of a mountain in the south.

In 1993, the archaeological excavation and the restoration works were re - started under the control of the Mugla Museum Directorate and the consultancy of an architect-archeologist Ahmet Tirpan.