Sami Yusuf to perform at conference on Islam-Muslims in America

Sami Yusuf, well-known British singer, will perform in Chicago, US, alongside the conference on "Islam and Muslims in America." 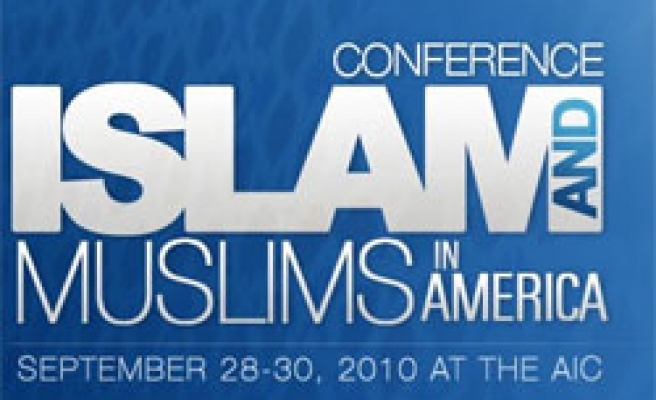 A conference on "Islam and Muslims in America" will be held at American Islamic College in Chicago, US.

The conference, organized by Organisation of the Islamic Conference (OIC) and American Islamic College (AIC), will take place between 28-30 September.

The three-days conference will start with the keynote speech of Secretary General, Ekmeleddin Ihsanoglu in the reception. During the conference, four panels will be held.

"The Role of the OIC and the scope for its relations with American Muslims", "American Foreign Policy & The Muslim World", "Islam in the American Context (Gallup Info, Socio-Historic overview, etc)" and as final topic "Imagining Our Future (Educational, Cultural and Political Themes)" will be discussed in panels.

Representatives from leading Islamic non-governmental organisation in America such as CAIR, Muslim Alliance of North America (MANA), will participate the event alongside the academicians and OIC officials.

During the conference period, the Calligraphy and Ebru (The art of Paper Marbling) exhibitions will be presented.

Sami Yusuf, 30, Islamic music performer, will give a concert on September 29 at Auditorium of American Islamic College.

Sami Yusuf, studied both, Western harmonics and composition and the Middle Eastern modes (or Maqams) has became famous, reaching Muslims across world with only two albums. Now, he was called as Islam's biggest "rock star" or "Muslim superstar".

The American Islamic College, established in 1981, was the only Islamic institution of higher education with degree granting authority in North America that provided a living context of Islamic faith, practice and ethics.