Scientific heritage of Muslim world to go on display in Turkey

An exhibition showcasing on the many scientific achievements made throughout history in the Muslim world that have left their mark on contemporary civilization will go on display in Turkey on Aug. 17. 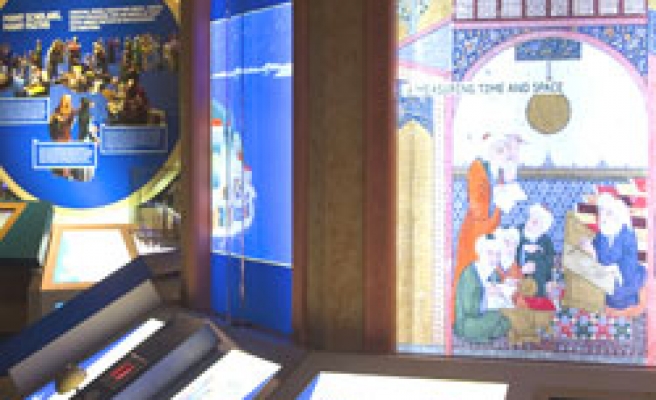 An exhibition showcasing on the many scientific achievements made throughout history in the Muslim world that have left their mark on contemporary civilization will go on display at İstanbul's Sultanahmet Square on Aug. 17.

The “1,001 Inventions” exhibition aims to cast light on the scientific activities that have taken place in the Muslim world since the seventh century, focusing in particular on what is known as the Islamic Golden Age, between the eighth and 13th centuries. This age of flourishing in science, culture, art and technology in the Muslim world contributed to the development of European civilization and the Renaissance.

Turkish Prime Minister Recep Tayyip Erdogan, who visited the exhibition while it was on display at the Science Museum in London in March, was the one who took the initiative to have the massive exhibition brought to Turkey. Istanbulites will have the chance to visit the exhibition, which drew 400,000 visitors in London, free of charge.

One of the most striking pieces that will be on display is a five-meter-tall replica of the “elephant clock” designed by Arab polymath al-Jazari in 1206. The elephant clock, which resembles a large clock tower, functions using water power. Inventions from scientists based in what is now Turkey, such as al-Jazari, Piri Reis, Mimar Sinan, Taqi al-Din Muhammad ibn Ma'ruf, Lagari Hasan Çelebi and Matrakçı Nasuh have an important place in the exhibition.

The exhibition was created by the Foundation for Science, Technology and Civilization (FSTC).

Explaining that the period sometimes referred to as the Dark Ages was actually a time when China, India and the Arab world made major progress in science and culture, FSTC head Salim al-Hassani told Cihan news agency, discoveries that laid the foundation for contemporary mathematics, chemistry and physics were made during this era.

Noting that the exhibition will be very interesting for Turkish visitors, al-Hassani said the contributions Turks have made to the world of science include rocket-powered flight, one of the oldest surviving maps of the American continent and the concept of immunization. Emphasizing that geniuses such as al-Jazari, Taqi al-Din and Sinan lived in what is now Turkey, al-Hassani said the industrial revolution would not have been possible if it weren't for Taqi al-Din. He added that Sinan's impact can be seen in European capitals and that the exhibition will introduce these and other eye-opening facts to a wide audience.

Despite its name, the exhibition doesn't actually include 1,001 inventions. The number was chosen to contrast with stereotypical ideas of the exotic Orient derived from the fantastic tales of “1,001 Nights.”

Bekir Karlığa, head of the Civilization Studies Center (MEDAM) at Bahçeşehir University, also said the exhibition reveals Muslims' contribution to science and arts, adding that the exhibition uses new technology to explain the history of Islamic science to appeal to younger audiences.