Sierra Leone: 709-carat diamond to be sold in Antwerp 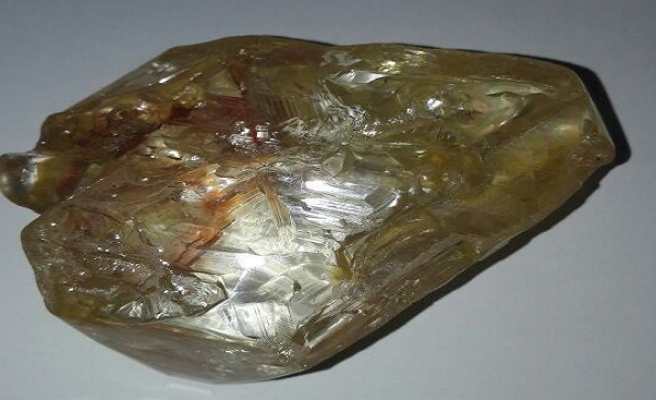 The Sierra Leone government has confirmed Wednesday that the 709.41-carat diamond found by a local pastor is currently in Antwerp, Belgium, for auction and sale.

According to a government release from the country’s minerals agency, a team will meet with sales agents, auction houses and potential diamond buyers to discuss the best price for the gem.

Amongst the members of the delegation to Belgium is Pastor Emmanuel Momoh who found the gem eight months ago in the diamond-rich Kono district, in the east.

“We can confirm that the 709.41 carat-diamond found by Pastor Emmanuel Momoh goes on auction in Antwerp Belgium today. The process will be opened and will be reported to the public,” the agency wrote on its Facebook page.

In July, two months after a $7.7 million bid for the diamond failed in Freetown, the agency announced the diamond would be put on sale by international tender in Antwerp or Tel Aviv.

Tagged ‘Sierra Leone’s transparent gem’ The diamond -- one of the 20 biggest in the world -- is valued at over fifty million US Dollars by diamond experts.