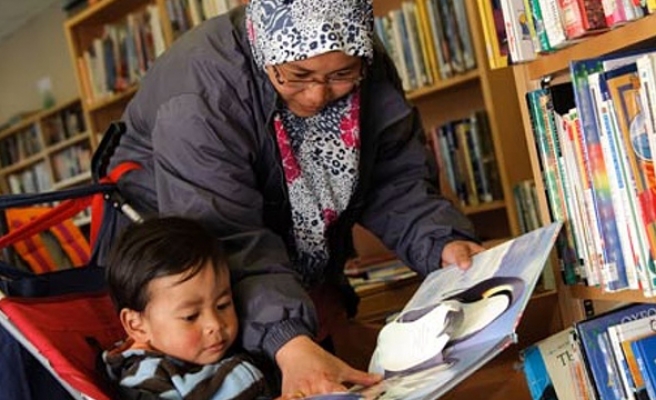 Zareen Jaffery has questioned since her youth of where she fit in in American life. As a young Pakistani American her question for a long time was  why Muslim characters are not represented in mainstream children’s literature.

Now, as executive editor of Simon & Schuster Books for Young Readers, Ms. Jaffery is heading a new children’s imprint named Salaam Reads whose directive is to publish children’s books featuring Muslim characters and stories. The imprint, which was announced this week, will release nine or more books a year, ranging from board books and picture books to middle grade and young adult titles.

The books will highlight the experience of being Muslim through their characters and plots. “We have a chance to provide people with a more nuanced and, in my estimation, a more honest portrayal of the lives of everyday Muslims,” says Ms. Jaffery. The idea sprung about when reading to her nieces and nephews “It was hard not to notice that none of those books really reflected their experience,” she said.

Four books have already been acquired which will be published next year including “Salam Alaikum,” a picture book based on a song by the British teen pop singer Harris J. ; “Musa, Moises, Mo and Kevin,” which is about four kindergarten pals who learn about one another’s holiday traditions; “The Gauntlet of Blood and Sand” by Karuna Riazi, about a 12-year-old Bangladeshi-American; and “Yo Soy Muslim,” a picture book by the poet Mark Gonzales.

The creation of a Muslim-themed children’s imprint may very well fuel the continuing discussion about diversity in children’s publishing. Salaam Reads is also now entering the middle  of the political debate about immigration and racial and religious profiling, when minority groups, and American Muslims in particular, feel they are a target for attacks.

Instead of releasing a scattered selection of books, it was decided to create a new imprint, and the name chose was Salaam, which means peace in Arabic. The books won’t emphasize theology or Islamic doctrine, according to Justin Chanda, the publisher, but will highlight the experience of being Muslim through their characters and plots.

“We have a chance to provide people with a more nuanced and, in my estimation, a more honest portrayal of the lives of everyday Muslims,” Ms. Jaffery said.

Mr. Gonzales, an alumnus of HBO’s “Def Poetry Jam” who converted to Islam, said he was ready game Ms. Jaffery recruited him to write a book for the imprint.

“As a person who was born as the child of Mexican and French immigrants, I grew up being invisible to society, and if not invisible, demonized,” said Mr. Gonzales. “It was important to me, thinking about what it would mean for every child to have a book when they’re growing up that they can see themselves in.”