Skopje: A place of refuge

Under the Ottoman rule for more than 500 years, Macedonia inherited historical monuments as well as city names. Although some of these names have now changed, others still protect their Ottoman heritage. 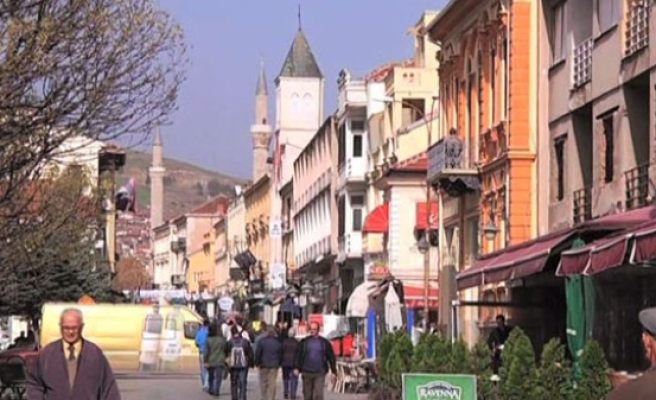 It is still possible to come across traces of the Ottoman era in Macedonia due to the many historical and architectural monuments left over from the Ottoman rule. One of the cultural heritages the Ottomans gave to this land are city names.

The country’s capital, Skopje, originates from the Latin “scupi” and means “place of refuge”. During different periods, Skopje has been named “Skople” and “Skopia”; in Macedonian it is named “Skopje”. During the Ottoman period, it was named “Üsküb”, similar to Turkish name for it today.

Even now, many of the names of Macedonian cities remain similar with their past counterparts. However, others are now possess a completely different name to that which they had during the Ottoman era such as Kalkandelen, Manastir and Koprulu.

There are different tales regarding the Kalkandelen city’s name, a city in which many Turkish people have resided in the past and still do.

Alongside those who claim the city was given this name due to an unexpected resistance during the conquest of the city by the Ottomans, are those who say that there was an increase in the number of people who came to live in the city. They called these late residents “kalkan gelen” (meaning; those who upped and came”). There are claims that over time, “kalkan gelen” eventually became “Kalkandelen”.

The most widespread tale however, is the story of how the community made weapons and departed using these which is how the city was named “Kalkandelen” (meaning; those who upped and lit. made holes). The cities name in Macedonian today is “Tetovo”, and in Albanian; “Tetov”.

They call the city of Manastır, “Bitola”

One of the important provinces of the Ottomans was Manastır (Macedonian: “Bitola”), which takes its name from the Greek word “monastiri”.  Whilst the Turkish and Albanian names also descend from this word, the Macedonian form “bitola” descends from the old Slav word for church;  “obitel”.

Along with the Slav myth “Veles” as well as depending on the Greek word “velesa”, the city Köprülü was renamed “Veles”. Documents about this city show that this city came under Ottoman rule in 1395 and began to increase in population after 1415 and after this dat, the name Köprülü was used for this city.

After the establishment of Yugoslavia, as a sort of badge to prove relations this city was first named “Titov Veles”, meaning “Tito’s Veles”. After Tito’s death and Macedonia’s independence, it became “Veles”.

There are different claims about how the city Gostivar was named, which was one of the important residential cities for Muslims.

The most popular one amongst them is that it came from the Macedonian word for “guest” which is “gosti”. Gostivar is used to mean “many guests” or “hospitable”.

The city Doyran is named after the lake it inhabits, the third largest in Macedonia. It is claimed that this city is named after its abundance, after all, the main source of income for the community is fishing. Therefore, during the Ottoman times, it was name “Doyuran” (meaning; one which feeds and fills). It is still called a similar name today.

One of the cities which has not ever had its name changed is Kumanova. It’s name comes from the Turkish tribe “Kumanlar” who had setlled there in the 11th and 12th centuries.

Similarly, the names of the cities “Demirhisar” and “Demirkapi” still remain the same in Macedonia today.