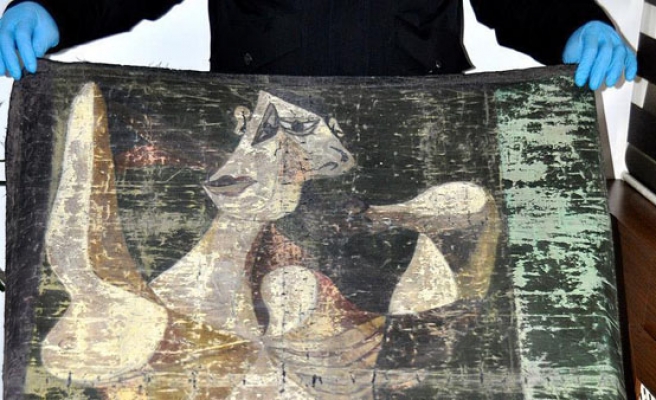 Police in Istanbul have recovered a stolen Pablo Picasso painting in an undercover sting operation, they said Saturday.

The recovery of Woman Dressing her Hair, a 1940 oil on canvas painting, saw undercover officers negotiate with the sellers over a month before meeting them in a cafe on Friday and arresting two men. The artwork was recovered at the same time.

Acting as a potential buyer, police contacted the suspects, who offered the painting for $8 million, a police source, speaking on condition of anonymity, said.

After drawn-out haggling, officers arranged a meeting in Fatih, a district on Istanbul’s European side, having agreed to buy the painting for $7 million.

According to the source, the piece was stolen from the New York home of a woman collector and brought to Istanbul to sell.

Police did not say when the artwork was stolen.

The painting, which carries the collector’s name and seals showing its provenance on the reverse, was sent to Istanbul’s Mimar Sinan Fine Arts University to be examined.

The painting portrays Dora Maar, Picasso’s muse and lover through the 1930s, in a grotesque pose.

Separately, a massive police operation across Istanbul overnight resulted in 192 arrests on a range of charges including terrorism and smuggling, police said.

Operation Yeditepe Huzur saw 5,000 officers carry out raids across the city. Firearms, drugs and counterfeit cash were among evidence seized.