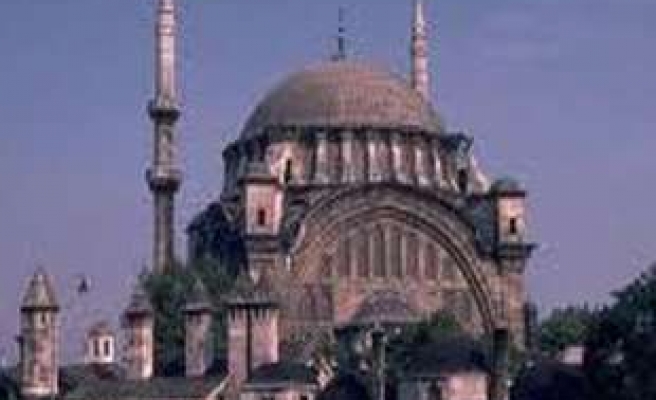 Two major discoveries have been made during renovations of the 255-year-old Nuruosmaniye Mosque in İstanbul's Çemberlitaş neighborhood: The oldest bored-pile foundation in Turkey and a 2,042-square-meter area -containing an 825-square-meter complex similar to the Basilica Cistern- were found eight-and-a-half meters below the building, Turkish media reported on Monday.

On Monday the Habertürk daily said that members of the renovation team are elated with their discovery of the first bored-pile foundation under İstanbul's first baroque mosque, Nuruosmaniye, whose construction marked a milestone in Turkey's architectural history. After the discoveries, the team intensified its work at the mosque.

As the team dug down to eight-and-a-half meters, 420 truckloads of mud were removed from under the mosque. The 2,042-square-meter area they found is divided into 19 sections, 12 of which are chambers, and has a still-functioning well.

The Directorate General for Foundations (VGM) financed the TL 17 million renovation project. It began two years ago without any archeological ambitions, but is now being hailed as a benchmark find.

To ensure that the renovation remains faithful to the original structure, the VGM formed a board that includes Professors Füsun Alioğlu, Feridun Çılı, Ahmet Güleç and Ahmet Vefa Çobanoğlu.

Spending on the project is expected to hit TL 20 million by the time it is finished in 2014.

In a press conference, VGM head Adnan Ertem said: “There is another Nuruosmaniye under the Nuruosmaniye Mosque. It is another group of structures similar to the mosque structure. A raft foundation was used there centuries ago to mitigate the risk of an earthquake. There are columns, divisions and a well. This is the first time we have encountered such a structure beneath a mosque. We can turn it into a museum, as well.”