Travel to the History of Slavery through the Bin Jelmood House

With the museum projects like Bin Jelmood House, opened by Sheikha Moza Bint Nasser, mother of Emir of Qatar Sheikh Tamim, it is aimed to exhibit and put across the history and the harsh and severe conditions of the slavery. Ceylan Ergin wrote. 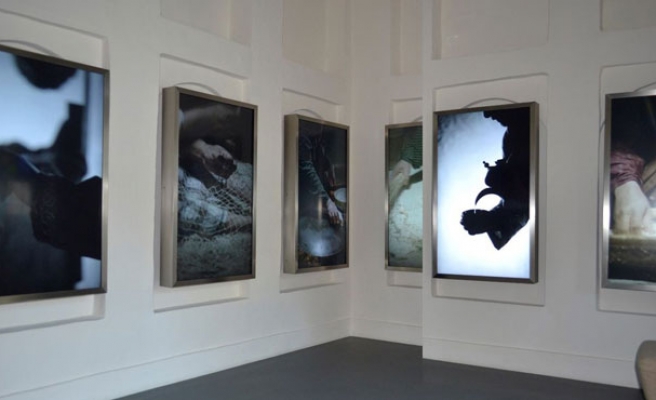 While many states cannot produce sustainable cultural policies although they have enough wealth and accumulation, Qatar, despite its lack of a deep-rooted history, has been investing her future with cultural and art initiatives hoping to open up to the world through this channel. The country is in the foreground with the Museum of Islamic Art, the largest and magnificent museum in this respect. In Qatar there are also many other museums, relatively small in comparison with the Museum of Islamic Art, in which local artifacs are exhibited.  Four small museums have been built in the large area in Msherieb Quarter, one of the old settlements of Qatar.

Bin Jelmood House is one of the museums opened by Sheikha Moza Bint Nasser, the mother of the present Emir of Qatar Sheikh Temim, in 2015. These projects are aimed at exploring the history of Qatar population, and recognizing the harsh and severe conditions of the slavery. Every part of the house, with audible greetings and animated films, brings visitors closer to the story and takes it on a journey of the bitter history.

Bin Jelmood is one of the most important merchants in the slave trade in the early twentieth century. The house, used for housing and selling slaves, has been divided into three parts after being restored. Therefore, the subject is being exhibited in the real and exact place. In the first part, the beginning of the history of slavery is touched upon from Aramaic inscriptions, ancient Greek paintings and wristbands used as a unit of currency in the exchange of slaves. It is like an introduction to slavery in the Indian Ocean world dating back to three thousand years ago rather than the North Atlantic Ocean regions supplying Europe with human trafficking. There are documents about lives of slaves achieved to become a poet or to establish even a state; and in the museum it is mentioned stories of liberation of the enslaved people and order brought by Islam.

In the second part of the house, it is exhibited that for what purposes the slaves acquired from Africa or the tribal disputes in the Gulf states were used. People who were enslaved during wars or detained from their families while living freely in their lands were sold in the Gulf states after the long and dangerous journey and then the education process in Oman. In that part, we see that slaves played a major role in daily household duties, as well as pearl diving and date palm production. So much so that we are talking about one fifth of the 27,000 people living in Qatar at the beginning of the 20th century. Qatar, which abolished slavery in 1952, is the first one among the Gulf countries that granted citizenship to the slave relatives in 1962.

In the third and final part of the house, under the “modern slavery” title the recent practice and the nature of modern day slavery in the form of contractual enslavement are mentioned. Children, coming from countries like Pakistan, Sri Lanka, India, and Bangladesh, were used as riders in traditional camel races. These races were also prohibited by the state in 2005 since the children faced with injuries and life-threatening situations during races. The physical and psychological treatment of the children, who were sent to their countries, was followed by the Qatar Charity Association. Qataris now uses the life-size model riders in the races. In that part of the house, the real life stories of the children, from the Gulf countries as well as the world, being forced to work, exposed to abusements, and injustice are exhibited.

Brutal and ruthless labor exploitation, which still exists all around the world, is not something that can be easily confronted and coped with. Therefore, the unique view of Qatar to the universal problems is important. In some circles, the museum is interpreted as a contradiction because of the bad living and working conditions of the foreigners in the service sector; however, it can be also seen that as a serious acceptance when taken into account the reforms on the bail system in the recent years. With these buildings, Qatar makes a self-critism and restores the honor of the people, who had played a significant role in the wealth accumulation of Qatar. Sespite the cosmopolitan structure and two million foreigner living in the country, this small Gulf country may owe her inner peace to this delicate understanding.