The accord reached by Greek PM Alexis Tsipras and his Macedonian counterpart Zoran Zaev in June aims to put to bed a decades-long row between the neighbours. 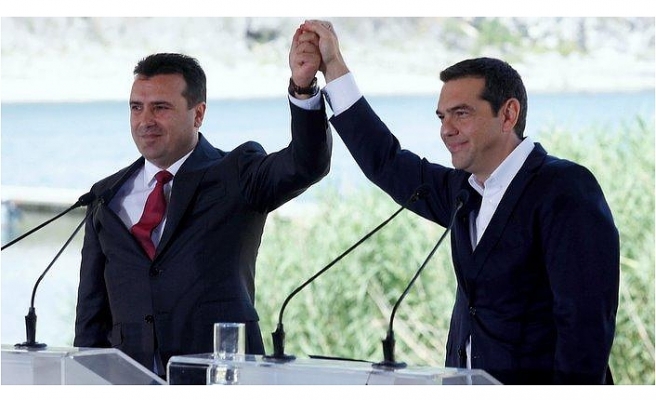 A Tunisian Nobel Peace Prize winner on Tuesday nominated Macedonia and Greece's premiers for the award for the landmark name-deal they struck earlier this year which still faces several major hurdles before it can be finalised.

Under the agreement, the Republic of Macedonia would add "North" to its name in exchange for Athens' promise to stop blocking the Balkan state from joining NATO and the European Union.

Greece has protested the name for nearly three decades because it insists the Macedonia should apply solely to its own northern province.

Speaking at a university in Skopje, Wided Bouchamaoui, who was in Tunisian democracy groups that won the Nobel Peace prize in 2015, said he was "honoured" to nominate the men for the 2019 bid.

Bouchamaoui was a leader of the National Dialogue Quartet, a coalition of four civil society groups, that were awarded the prize for their contribution to democracy.

She hailed the name agreement as "an example and a message for everyone how dialogue can be resolved."

However, the deal is not yet done.

In Macedonia, Zaev pushed through a tough vote in October to get parliament to draft constitutional changes to incorporate the new name.

That involved flipping several MPs from a right-wing opposition that is fiercely against the name change which critics see as an embarrassing concession to Greece.

Another vote awaits, likely in January, to get the two-thirds majority to enshrine the changes.

If approved, the Greek parliament will then need to ratify the deal to finalise it.

On a visit to Skopje on Tuesday, US assistant secretary of state John Sullivan also praised the "brave leadership" of the two premiers, who have faced blowback from right-wing opposition parties.

After meeting Zaev, he said it was "no secret" that Russia has tried to undermine the deal.

Moscow, who is against the expansion of NATO, has denied the accusation. 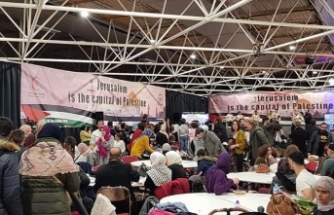