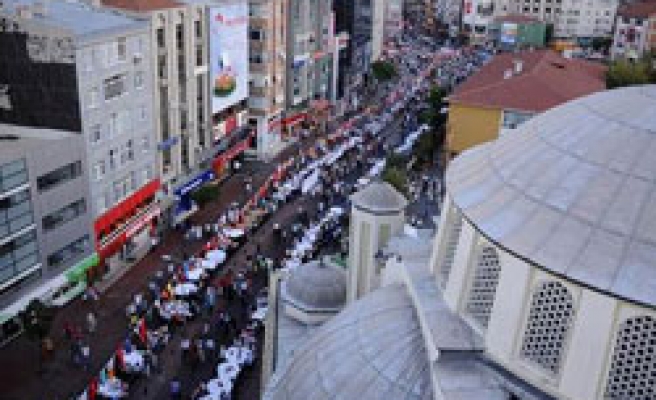 Guinness officials were also in attendance at the event in which 41,120 people sat at 7,020 tables set in the longest avenue of the district.

Professor Orhan Kural, representative of the Guinness Book of Reords in Turkey, said that a 50-member team of Guinness recorded the dinner. The records will be sent to the United Kingdom.

During the dinner, 10 tons of rice, 8 tons of meat, traditional Turkish dessert called baklava, water and other beverages were served to the participants.

Earlier, a dinner in Washington in which 16,250 people partook, was registered as the world's most crowded dining table.

Subhan Allah!I hope the poor too had their fill here!