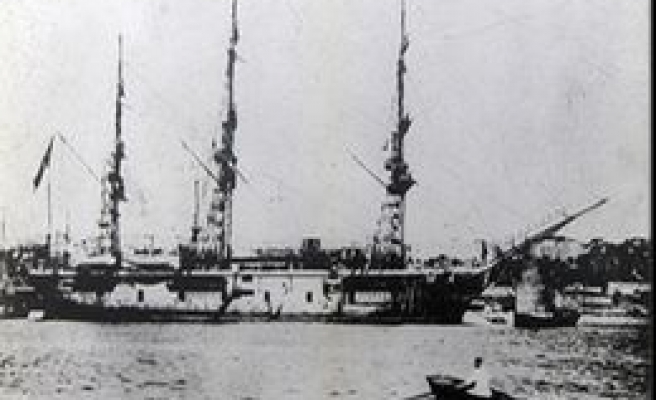 Turkey and Japan are preparing to shoot a film in commemoration of an Ottoman frigate which sank off an island around the Japanese town of Kushimoto in 1890 while returning from a goodwill voyage to Japan.

The movie, planned as a high cost project, will be released worldwide in 2015, on the 125th anniversary of the accident and it is co-sponsored by the Turkish government, the Japanese Foreign Ministry and the Municipality of Kushimoto.

The movie will be directed by award-winning Japanese filmmaker Mitsutoshi Tanaka and Turkey's Bocek Yapim will be in charge of the production.

Turkey's Ambassador in Tokyo Serdar Kilic and Kushimoto Mayor Katsumasa Tashima will dive to the wreckage of the Ottoman frigate in memory of the Turkish sailors who died in the accident.

Tufan Turanli, a diving trainer and head of the Ertugrul Project who has brought thousands of frigate pieces to light, will accompany the ambassador and the mayor.

More than 580 sailors lost their lives and only 69 others survived when the frigate was caught in a typhoon off the coast of Wakayama Prefecture, and subsequently drifted into a reef and sank off Kushimoto.

The people of Kushimoto helped the stranded sailors, an event seen as a milestone for Turkish-Japanese friendship.

The Turkish Embassy in Tokyo will also hold an exhibition composed of wreckage parts and pieces from the museum on Kushimoto's Oshima Island.

The Ertugrul Exhibition's inauguration will be launched at the embassy's office on October 29 and will last for three weeks.