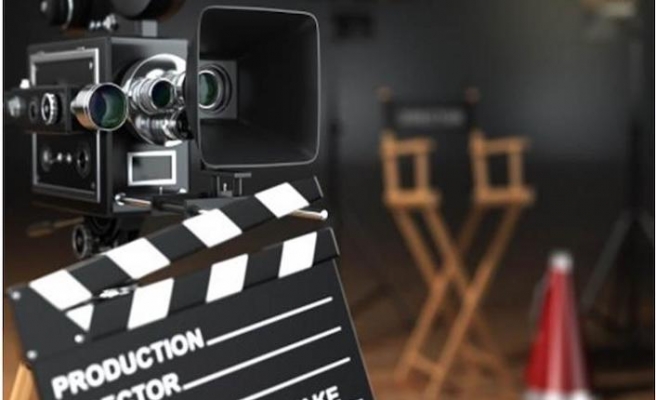 Turkey's Culture and Tourism Ministry will prepare a legislation to support Turkish television series which make an annual turnover of £350 million ($461.5 million) and are watched by more than 500 million viewers worldwide.

The amendment to the "Evaluation, classification and promotion of cinema films law" will provide incentives to Turkish TV series which will be shown abroad.

It will also offer 30 percent financial support to foreign productions which are fully or partially shot in Turkey.

Turkish series and productions are being showcased to 5,000 buyers from 110 countries at the MIPCOM entertainment and content market which kicked off in Cannes, France on Monday.

A Turkish animation booth was propped up at the fair for a second time with eight firms and 12 representatives of the animation industry.

The fair will continue till Oct. 18.

Speaking about the importance of cultural trade, Istanbul Chamber of Commerce (ITO) Chairman Sekib Avdagic said: "In this sense, the entrepreneurial spirit of the Turkish people and the richness of the sector boosts export in Cannes where the world's most important entertainment content market was established by meeting with international professionals."

He said film and television which is described as "soft power" became a leading sector in the world, significantly contributing to the image of Turkey.

"Turkish TV series are quite colorful. MIPCOM will see the launch of several new TV series from Turkey. There will be a number of successful projects. So, our expectation is also high," he said.

Pointing out that a good series could be sold abroad for $400,000-500,000 per episode, Avdagic said that a long-term series could make a turnover of over $50 million.

Over 4,100 imported series were released on TV and online platforms in 2017 in the world, Avdagic said, adding that Britain and the U.S. are the top two exporting countries with more than 500 programs.

"Turkey is one of the top five countries exporting series via TV and online platforms, as well as the U.K., the U.S., France and Germany," Avdagic said.

It is prepared by the ITO Film Sector Coordination Committee of which the Culture and Tourism Ministry's General Directorate of Cinema is also a member. The digital version of the catalogue will be initially prepared. The information such as the name of the series, the number of episodes, the year of production, a brief review, ratings and the countries where they are watched will be included in the catalogue.

The original photos and videos of more than 150 natural, cultural and historical attractions in 17 Turkish provinces which are suitable for filming will be uploaded on the cinema portal.

A film market will be launched in Istanbul with the support of a large international exhibition company which also organized MIPCOM. Thus, Istanbul will become an important center for the film market.

ITO will bring together Turkish filmmakers with foreign producers and purchasing delegations at the fairs. The Turkish productions will be introduced at five film and production fairs in four continents in 2018 and 2019. These fairs include MIPCOM and MIPTV in Cannes, ATF in Singapore, Discop in South Africa and Natpe in the U.S.

- Cooperation with China and Russia

Especially Japan, Indonesia and Chile, where Turkish TV series are extensively watched, offer to launch "Turkish Series Days". Actors in the Turkish TV Series, the brands and products they use and places they live will be promoted.

Streaming -- which means being able to watch a film online without downloading it -- is a long-term and ground-breaking investment platform which has enormously changed the entertainment industry.