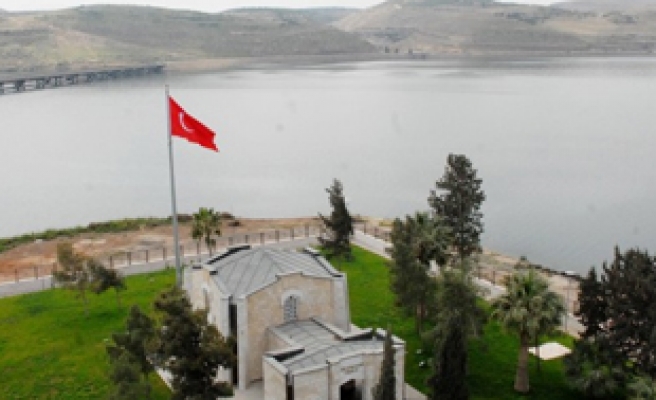 Turkey would keep working to preserve the Tomb of Suleyman Shah (in Syria), which is internationally considered Turkish territory, Turkish forestry minister said on Tuesday.

The Tomb of Suleyman Shah is the supposed burial place of Suleyman Shah, the grandson of Seljuk Bey. He supposedly drowned in the River Firat in modern-day Syria and an Ottoman tomb in or near Qal'at Ja'bar has been associated with Suleyman Shah. In accordance with Article 9 of the Treaty of Ankara (1921) signed between France and Turkey, the site of the tomb is sovereign Turkish territory. In 1973, when the area where the tomb was located was flooded by Lake Assad, the reservoir of the Tabqa Dam, the tomb was moved to a new location north of Qal'at Ja'bar.

Speaking to AA correspondent, Forestry and Water Affairs Minister Veysel Eroglu said that within the scope of a protocol that was signed in Ankara on January 22, 2003, the site of the tomb was fortified and the tomb was restored. After that, the tomb of Suleyman Shah was opened to public visit, he said.

Eroglu said that he visited the tomb in April 2011 to see what has been done at the site of the tomb.

Forestry and Water Affairs Ministry would keep working to preserve the tomb, he added.