Dagci had lived abroad since 1941 when he was caught up in the bloody war between Nazi Germany and Soviet Russia. 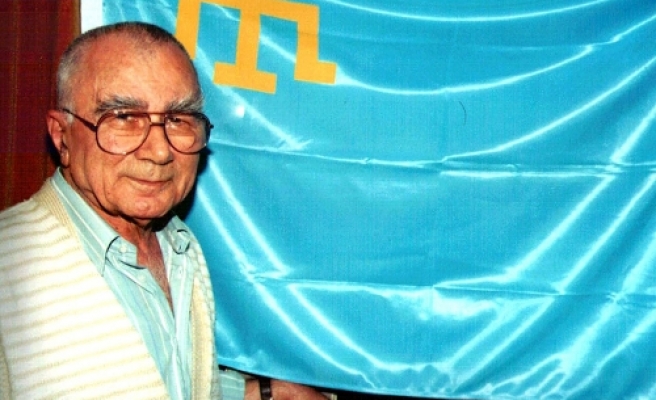 Turkey has launched diplomatic initiatives to bring the body of Cenzgiz Dagci, the well-known Crimean writer, who died aged 92 in London on Sept. 22, to his homeland, Crimea, the Tatar region of Ukraine, after learning that the writer would be buried in a Christian cemetery in London.

According to reports from diplomatic sources, Turkish officials kept in touch with Ukraine and England to provide the transfer of his dead body to Ukraine, where Dagci was born.

England gave a positive answer for a possible transfer, while the negotiations with Ukraine are ongoing. Turkish officials did not expect Ukraine to take a stance against the burial of the well-known Crimean writer in his homeland.

According to reports, the motive behind the Turkish initiative was that the Christian wife of Dagci had approved of her husband's body being buried in a Christian cemetery in London. The Foreign Ministry of Turkey convinced Dagci's wife to send his body to Crimea for burial instead. Dagci had lived abroad since 1941 when he was caught up in the bloody war between Nazi Germany and Soviet Russia. Stalin's administration decided to carry out a mass deportation of Tatars and placed them in huge labor camps and towns in Siberia in 1944.

His stories dealt with the difficult lives of Crimean Turks who faced political pressure from the Soviet regime. Although he never visited Turkey, people in Turkey were able to learn about the lives of Crimean Tatars because he used Turkey's version of Turkish in his writings and novels.