Turkey to restore Mausoleum of Bektashi dervish in Budapest 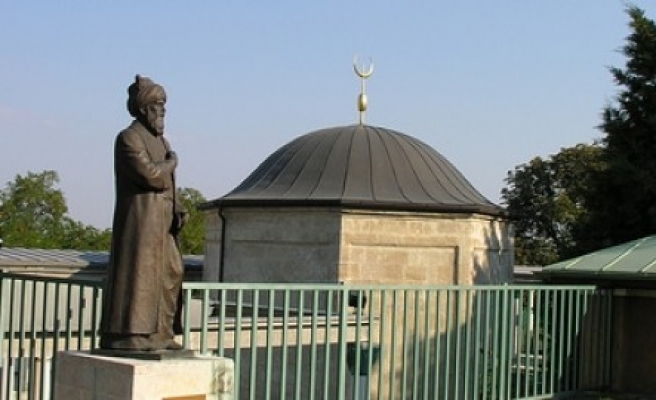 Isler said that there are very few relics from the Ottoman Empire left, one of which is this mausoleum. He confirmed that he signed an engagement letter with his Hungarian counterpart over the proposed restoration.

"Turkey will embark on the necessary enterprise to revive these monuments," he added.

The minister also said that Turkey plans to build a mosque with Ottoman architecture in Budapest.

Gul Baba's octagonal tomb, built by Ottoman authorities in Hungary between 1543 and 1548 is now a museum, and is one of the few remnants from Turkish rule in Hungary.

Gul Baba, known as "Father of Roses" was an Ottoman Bektashi dervish poet and companion of Sultan Suleiman the Magnificent who took part in a number of campaigns in Europe from the reign of Mehmed II onwards.