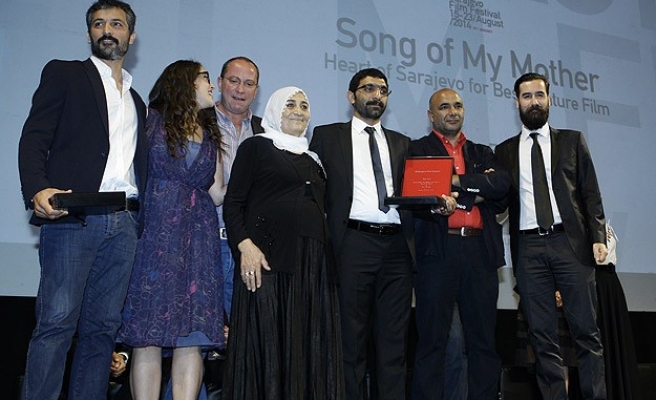 Turkish director Erol Mintas has won the Heart of Sarajevo prize for best film at the 20th Sarajevo Film Festival.

His film "Annemin Sarkisi" (Song of My Mother) tells the story of an ageing mother and her son forced to move out of their Istanbul neighborhood by gentrification.

After receiving the award, Mintas said: "I want to say thanks on behalf of my crew. I am very happy to be here."

The festival, which hosted 247 films from 60 countries, closed on Saturday and saw Turkey’s Feyyaz Duman win best actor for his performance in Annemin Sarkisi, while the festival jury chose Mari Kitia as best actress for her portrayal in Brides.