Archaeologists began this year's excavations at the ancient Greek city of Nysa, in western Turkey. 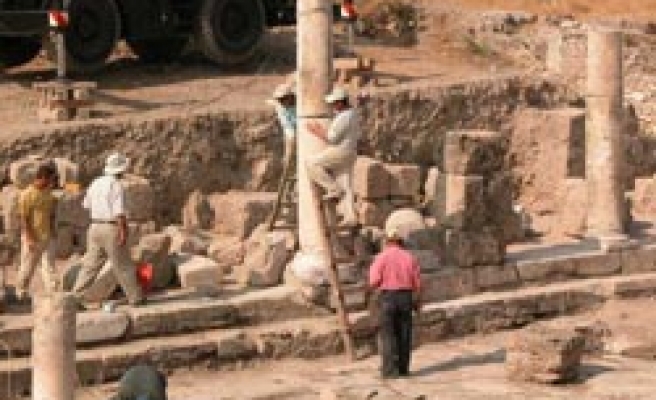 Archaeologists began this year's excavations at the ancient Greek city of Nysa, in western Turkey, where they hope to find new artifacts around theatre, agora and gymnasion.

Professor Vedat Idil, head of the excavation team from Turkey's Ankara University, said the team -- comprised of Turkish, Canadian and American architects, archaeologists and historians -- planned to work until October this year.

Nysa is located in Sultanhisar district of Aydin province -- 50 kilometers east of the Ionian city of Ephesus.

There are important ruins on the site from the Hellenistic period, the Roman period and the Byzantine era.

Much of the open air Greek theatre and its walled entrances are still intact. The library currently has three walls.

There are remnants of a gymnasion, a Roman bath and a bouleuterion. The 100-meter long Nysa Bridge, a tunnel-like substruction, was the second largest of its kind in antiquity.