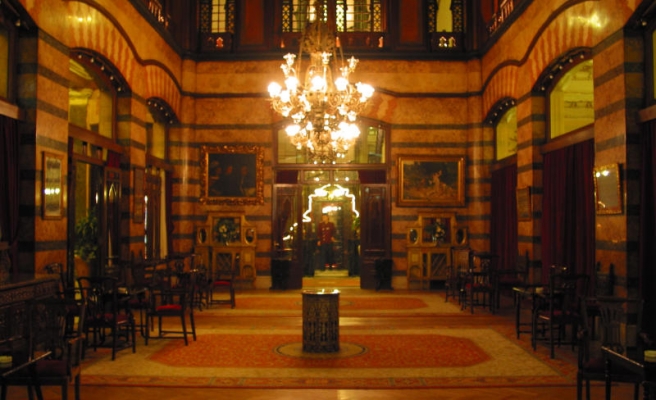 The Pera Palace Hotel in Istanbul's Beyoglu neighborhood will start serving guests on September 1 as a "museum-hotel."

"We have renovated the hotel from its parquets to its external walls without harming its historical structure," Pinar Kartal Timer, the director general of the hotel, said.

Timer also said people from France, Italy and Britain had already booked for the hotel.

The Pera Palace Hotel has hosted many guests from statesmen to high-level executives since 1892.

It was in 1917 when Ataturk, the Founder of Turkish Republic, first stayed at the Pera Palace Hotel. Returning to the hotel many times during times of war and peace, room 101 soon became his favourite room.

In 1981 on the occasion of his 100th birthday anniversary, the great leader's room was turned into a museum in which many of his personal belongings are now exhibited.

Agatha Christie, Ernest Hhemingway, Greta Garbo were the other famous guests of the hotel. The Pera Palace Hotel is said to be where famous thriller writer Agatha Christie got the inspiration for her famous novel "Murder on the Orient Express" and a small key, probably the key to her diary was found in her favourite room 411.

The Pera Palace Hotel has been under restoration for two and a half years. The renovation cost 23 million Euro.