Mardin, in southeastern Turkey, is a city where many religions and languages have coexisted in peace for centuries 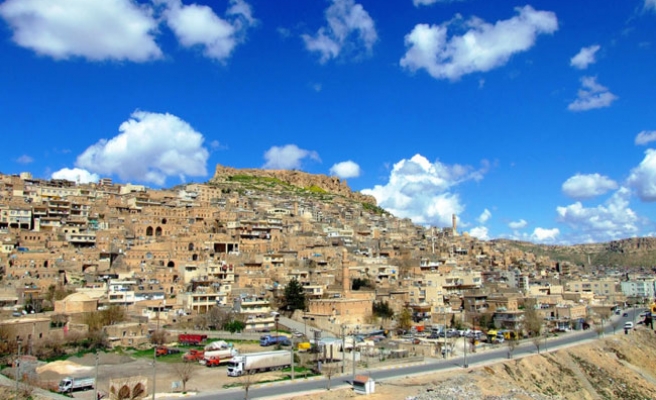 Restoration is continuing in the 7,000-year-old historic Anatolian city of Mardin, which is planning to be inscribed as part of the World Heritage by the United Nations Educational, Scientific and Cultural Organization's (UNESCO).

Mardin, in southeastern Turkey, is a city where many religions and languages have coexisted in peace for centuries. The city was added to a tentative list of UNESCO World Heritage sites, and the Mardin Municipality has been working hard in recent years to transform the city into what it was around 100 years ago, under a Historic Transition Project supported by the Ministry of Culture and Tourism.

Mardin Governor Turhan Ayvaz said they have an objective to make Mardin a World Heritage site in the near future, which will improve the city economically by attracting more tourists. "We are repairing and renovating monuments from all different cultural backgrounds.

We are want to see Mardin looking like it used to. Within this context, a total of 700 buildings will be demolished. Hopefully, by the time our Historic Transition Project is completed, Mardin will have regained its old appearance again. This way, the number of tourists visiting Mardin will increase from 1 million to 5 million each year."

Mardin Mayor Mehmet Beşir Ayanoğlu said Mardin has special natural features due to its unique location between the Tigris (Dicle) and Euphrates (Firat) rivers. These natural features combined with human activities throughout history have allowed the city flourish in this rocky region of Anatolia.

"It takes long time to become a UNESCO World Heritage listed site. Certain criteria have to be met. An application was submitted to UNESCO for Mardin to become a World Heritage site in 2004; however, the application was withdrawn as there was a possibility of being rejected by UNESCO. There were a lot of things to do before submitting a new application, and now we are working hard to overcome these issues to make Mardin a World Heritage site in the near future. We will achieve this. No one should doubt this," said Ayanoğlu.