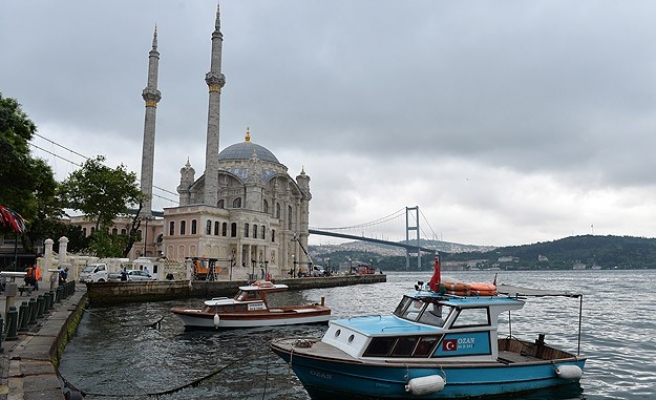 Speaking at the opening ceremony and after performing Friday prayers, Erdogan praised the mosque’s Armenian architects.

“Our ancestors showed their distinction as they assigned competent people to this task,” said Erdogan referring to the mosque’s two architects from the Balyan family, Garabet and Nigogayos Balyan.

The Balyan family contributed to several other notable structures in Istanbul, namely Dolmabahce Palace and the adjacent Bezmialem Mosque. After receiving architectural education in France, the family had a huge influence on late Ottoman architecture.

Just under the European leg of the Bosphorus Bridge, the mosque and its surroundings offer an iconic image of Istanbul.

Constructed between 1853-1856 during the rule of the 31st Ottoman Sultan Abdulmecid, the mosque was restored by Turkey’s Directorate General for Foundations, an institution that was founded in 1924 along with the Turkish Republic. The directorate manages and audits foundations dating back to the Ottoman Empire under the offices of Turkey’s Prime Ministry.

Around 50 people worked continuously on the restoration, and almost 7 million Turkish liras were spent to restore Istanbul’s unique mosque, known as 'the pearl of the Bosphorus.' The mosque survived various earthquakes and fires until now. With large windows, Ortakoy Mosque has more light than most Ottoman-era mosques.